Celtic: Journalist claims Collado is one to look out for this summer

Journalist Dean Jones has claimed that Alex Collado is one to look out Celtic in this summer transfer window.

Celtic have shown interest in 23-year-old Alex Collado this summer as he is on the hunt for regular first-team football, but the Scottish Premiership outfit are not the only side keeping tabs on him as Olympiakos are also tracking his progress in this transfer window.

Collado spent last season on loan with Granada in La Liga where he featured 17 times, whilst scoring twice and assisting once, so now that he has had got a taste of first-team football, he might not be keen to sit in the academy at Barcelona. 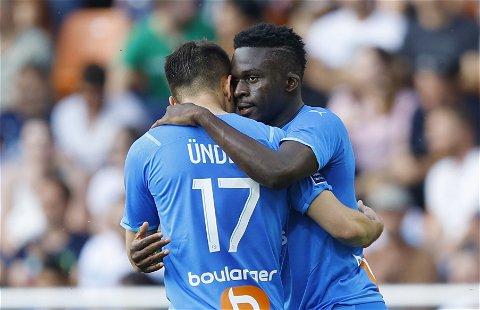 Forget Jota: Journalist wowed by 8/10 Celtic 'hero' who had 109 touches

Whilst speaking with GiveMeSport, Jones has claimed that Ange Postecoglou would be really pleased to add someone with the qualities that Collado possesses.

“I know that Ange would be really pleased to add another figure in his squad that is not only young but also adds the right sort of qualities that he’s looking for, and the right depth. So, I think this is one to keep an eye on,” Jones said.

Celtic have had another proactive transfer window under Ange, they have signed seven players, two of which were Jota and Cameron Carter-Vickers, who were at the club last season, and five of these seven transfers have been under the age of 24, so Collado is somebody who would fit that mould.

Due to the little amount of first-team football that Collado has had so far in his career, he could be a cheap option for Ange this summer, especially with his contract running out in under 12 months time so Barcelona might be keen to cash in on him.

Celtic lack a creative midfielder in their squad currently, and this is the position that the Spanish man typically plays, so even if Ange does not play a formation regularly that has an attacking midfielder, it could be important for them to have someone in their squad that can play in this area of the pitch.