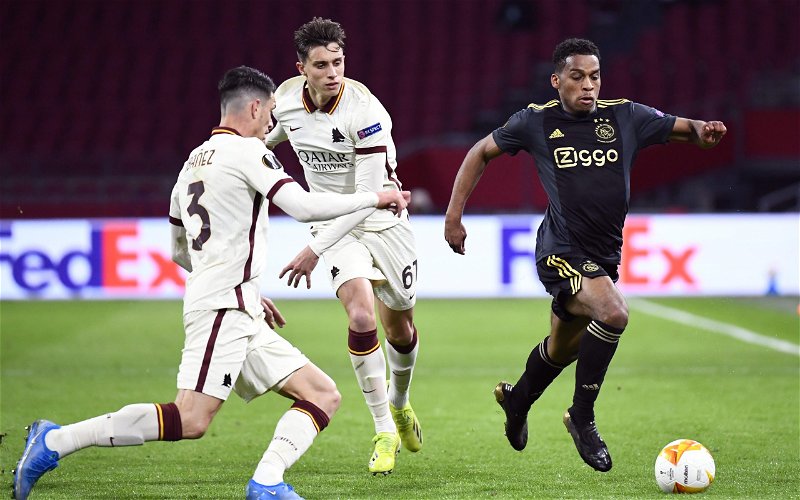 Manchester United YouTuber Mark Goldbridge is concerned the club may not bring in a central defender this summer, despite strong reports.

Elsewhere, transfer insider Rob Blanchette claimed that the Old Trafford outfit have “rekindled their relationship” with representatives of Villarreal colossus Pau Torres when speaking on The Done Deal Show, but Goldbridge has admitted that he wouldn’t be shocked if the club fail to recruit in that area.

He said: “It wouldn’t surprise me – and I don’t want to scare people – I don’t think centre-back for United is a priority as much as a midfielder and maybe an attacker.

“I know that Ten Hag’s priority centre-back is Timber and he really wants him and the club have to deliver that, but I think the centre-back this year could end up being the CDM of last year – we do need one, but we might not necessarily get one.”

The Red Devils finished with their lowest-ever points total in the Premier League this past season and their final goal difference of zero was particularly striking considering they finished sixth in the table.

Raphael Varane struggled to settle in, missing 17 games through injury, while Harry Maguire’s performances left a lot to be desired and he faced constant criticism for his displays as club captain.

But despite Goldbridge’s fears, Fabrizio Romano previously reported that Eric Bailly was questioning his future at the club, which would seem to suggest there is plenty of room for a fresh face to come in and shore up that backline.