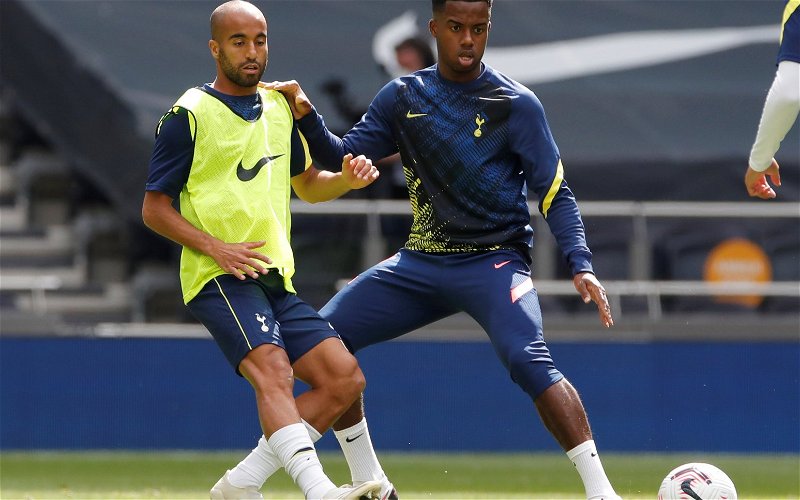 Tottenham Hotspur boss Antonio Conte has given the impression he may choose to start Ryan Sessegnon at left wing-back on the weekend.

This has been suggested by the Sky Sports reporter Michael Bridge who has been discussing the Lilywhites’ Premier League opener on the Last Word On Spurs.

And the Spurs correspondent was in attendance on Thursday for Conte’s press conference at Hotspur Way and he believes the Italian has hinted at potentially starting the 22-year-old against Southampton.

'Paratici has spoken to...' - Journalist claims Spurs talking over playmaker; Conte's an admirer

When discussing whether Ivan Perisic or Sessegnon will start at left wing-back against the Saints, Conte had the following to say:

“At the same time we are not worried but we have to pay a bit of attention to give him the right time to adapt himself to recover 100% after his injury.”

Having listened through Conte’s chat with the media in person, Bridge came away with the impression the Champions League-winner, Perisic, could begin the game on the bench:

(9:15) “I got the impression that maybe Sessegnon starts Saturday. But who knows with the five subs, he might do Sessegnon for 50 [minutes] and then bring Perisic on for the next 40 [minutes].

“Who knows, you know, you’re gonna see real different types of play in the second half hour now with the substitution with two extra subs. But that’s the little impressions I got team news-wise.”

Bridge’s comments may certainly come as a surprise to some Spurs fans who will be expecting Conte to field his strongest possible XI for the game in N17. Paul Robinson also said that Perisic will 100% percent make his full debut for the Lilywhites tomorrow, so it would certainly shock him.

Who do you want to see start at left wing-back?

However, it seems there may be some concerns over the Croatian’s current fitness having not played a huge deal of football in their pre-season friendlies.

Perisic – hailed a “top player” by Paul Merson – did play the majority of their final game against AS Roma, but it seems Conte still has some concerns over whether the 33-year-old is completely over his injury niggle.

But if it is Sessegnon who starts, then the Englishman will be hoping to continue his improved form from the backend of last season which saw Conte put a huge deal of faith in the 22-year-old.