Tottenham Hotspur: Journalist claims Traore could be easy to get over the line 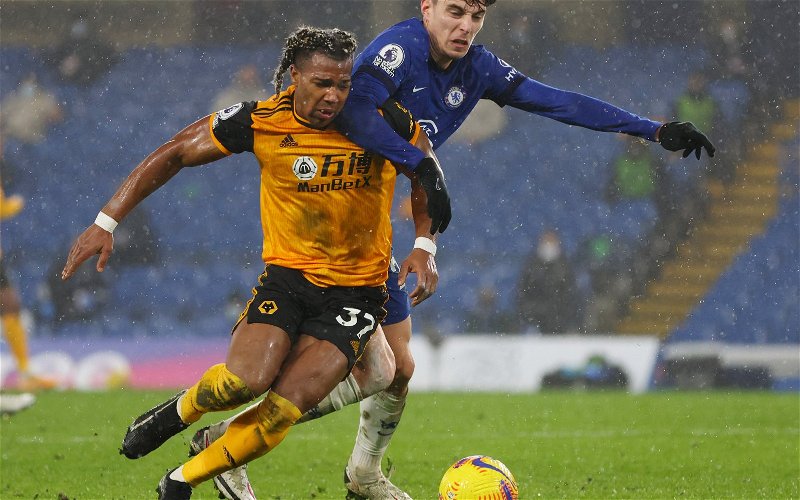 Spurs were interested in signing Adama Traore last summer, but they fell short with their loan bid for the Spanish winger and were rejected in January as he opted to move to La Liga to sign for Barcelona.

Despite already signing seven players this summer, Spurs have rekindled their interest in the speedy winger, as Antonio Conte is reportedly keen on luring him to north London, despite failing to sign him in the previous transfer window.

With Spurs showing interest again in Traore this summer, Jones spoke to GiveMeSport and claimed that it could be a move that would be able to get done over the line easily.

He said: “Traore makes the most sense, just because they’ve looked into it for so long.

“I think that’s one that could be done reasonably easily because Wolves have known for some time that he wants to go.”

Traore is seemingly out of favour this season for Wolves as he has not made a league start for Bruno Lage’s side and has made just two appearances off the bench, so the club and player might be keen to force a move away from Molineux for him, which could play into Spurs’ hands.

Tottenham have already spent over £150m this summer, so they might not be keen to spend a lot more money in the remainder of the transfer window and might be keen to only bring players in if they are available on the cheap.

The Spanish 25-year-old also has under 12 months remaining on his current contract, meaning that Wolves might be keen to cash in on him so that he does not leave next summer on a free transfer, which consequently for Spurs means that they could yet secure his services at a cut-price.