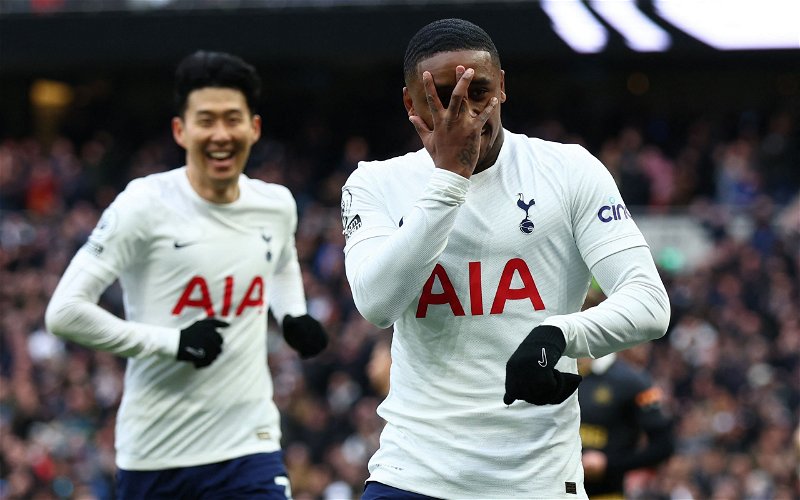 Journalist Fabrizio Romano has claimed that he can see Steven Bergwijn leaving Tottenham Hotspur in the summer, but there is an issue stopping the deal from going through.

There have been reports stating that Tottenham Hotspur are keen on offloading Bergwijn in the summer transfer window, with the Dutchman failing to have an impact since signing from PSV Eindhoven – and Ajax are the main club interested in his signature.

Bergwijn signed for Spurs from PSV in January 2020 and made an immediate impact by scoring on his Premier League debut against Manchester City, but things have gone downhill since then, as he made 25 appearances in the league this past season, but just four of those were from the start.

With Bergwijn being out of favour this season for Spurs, Romano has confirmed on The Here We Go podcast that he can see the Dutch winger parting ways with the club in the summer.

Bergwijn has been used sparingly this season by Spurs, and with the club qualifying for the Champions League next season, Antonio Conte might look to strengthen the squad further, so if the Dutch winger was to stay, he might slip even further down the pecking order and feature less often than he did in 2021/22.

It might be best for all parties if Bergwijn moved on in the summer as he is just 24 years old, so still has plenty of time to get his career back on track, but the deal might not be a simple one if Spurs refuse to budge on their asking price.