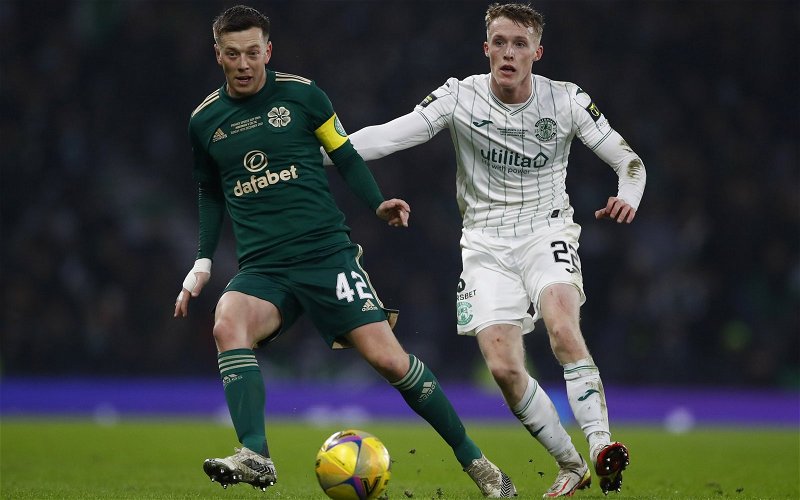 Celtic battled past Scottish League One side Alloa Athletic to progress to the fifth round of the Scottish Cup, but the win was overshadowed by an incident just before half-time.

Goals from Giorgos Giakoumakis and Liel Abada put the Hoops 2-0 ahead before Conor Sammon gave the hosts some late hope. They couldn’t find another goal, though, so Celtic remain on track to make it a domestic cup double this season.

Unfortunately for the visitors, Callum McGregor was forced off with an injury minutes before the interval, with many Celtic fans in “pain” over that setback. To miss any first team player is annoying for supporters as well as Ange Postecoglou, that is intensified when it’s the captain.

“Spain without the S.” @LiamMcnamee8

“Oh my god please no.” @marcusgrahamm

You can’t understate the influence and importance of McGregor on this Celtic team. He has played in 33 games already this season, starting all but one of those, and has played the third-most minutes of anyone in the Hoops’ squad.

It remains to be seen just how seriously the 30-year-old was injured this evening, so the Parkhead faithful could face a nervous wait to see how badly the skipper is affected by the knock which forced him off against Alloa.

In other news, many Celtic fans were buzzing over this update