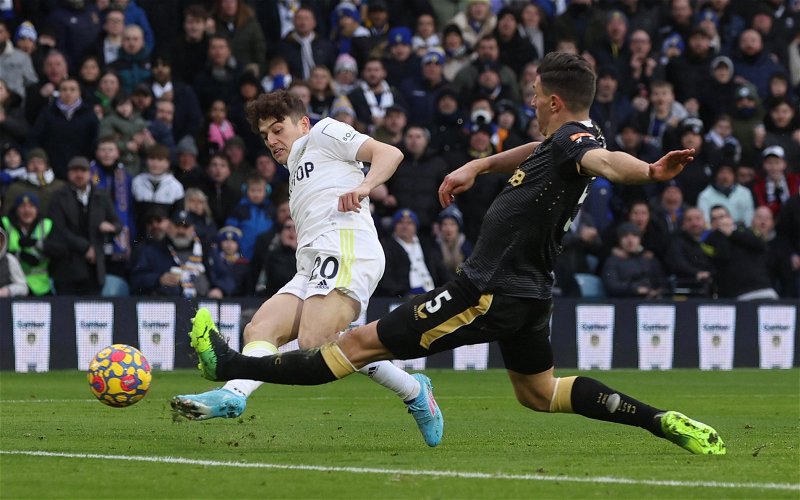 Newcastle United took a potentially huge step towards Premier League survival thanks to a 1-0 win at Elland Road via a late Jonjo Shelvey free-kick.

Although the midfielder will claim the headlines for scoring the decisive goal, it was a defensive performance from elsewhere which had many Newcastle United supporters talking on social media.

Fabian Schar’s dominant display at the back helped his team to a clean sheet, as well as three vital points. That’s something which should boost the confidence of the entire defensive unit, as well as the rest of the team.

As per SofaScore, the Swiss centre-back won five of his six duels and made nine clearances and two tackles in what one supporter called an “immense” performance against Leeds. Here is a flavour of the reaction from some Newcastle fans on Twitter:

“Fabian Schar man of the match btw, there every time we needed him today.” @ConnorKeegan20

“Great win!! Battled from start to finish, Fabian Schar was unreal at the back!! #NUFC.” @bosky9

It’s clear to see just how good Schar was in the eyes of many Newcastle fans after reading the glowing praise on Twitter! It’s sure to be a good night for the Toon Army, who are celebrating only their second win of the season.

The result leaves survival in Newcastle’s own hands. They climb just one point away from safety after the huge win against Leeds, but their game in hand on Norwich means that Eddie Howe’s side know they can get out of the bottom three without having to worry about other results, so long as they do their own job.

That’s something which Schar most certainly did at Elland Road today.

In other news, one of Schar’s team-mates got a rather different reception from these Magpies fans