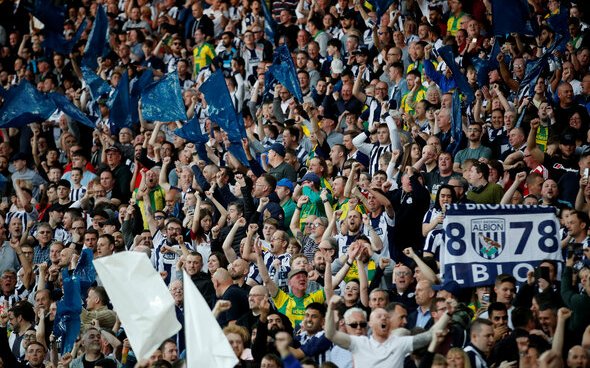 West Bromwich Albion fans have been reacting to news that has come out from the club regarding their upcoming fixtures.

Having been knocked out of the FA Cup this past weekend, all focus can now move onto their efforts in the Championship and trying to gain promotion, with Valerien Ismael’s side currently sitting fourth in the table, four points off the automatic promotion spots.

The Baggies’ fixture list has gone through a little bit of a tweak recently when their game against Preston North End was called off due to health issues, and it was announced that their schedule is set to face a few more in the weeks ahead.

Sky Sports announced that three of their games in February have been moved for the purposes of television, with games against Blackburn Rovers, Middlesbrough and Swansea City all moved from their original slots.

The news was relayed to the fans by the club’s Twitter page, where it’s fair to say it didn’t go down well:

@BxnAdams
“Utter joke”
@BromsgroveBagg1
“No point having a season ticket and more night games so can’t take my daughter it’s a joke”
@AdamNic88
“Absolute garbage. Heartless commercialisation. I can see many sacking off their season tickets next season, and paying in on the day for the 5 Saturday home games we will get.”
@BenLeviWood
“I’m finished with this. I will not renew my ST next season.”
@blincodave
“Attendance figures already plummeting, I know, let’s move the games!”
@JonW1995
“This is shocking – moving games to week nights is not fair when young children have season tickets!!! Any refunds on offer @wba or @skysports won’t bother next season on this basis!”
@chris_boing
“@WBA I am really unhappy about your decision along with @SkySports to sacrifice two Saturday afternoon kick offs in the same month. It’s just not on. Please tell me how I can raise this complaint further”
@LastBlairite

We can see why supporters are angry about the announcement, although at least they’ve been given plenty of warning about these changes so that they can plan ahead. Let’s just hope there aren’t any last-minute changes like the Preston game to further complicate things.

In other news: ‘That’s massive’ – Joe Masi buzzing over ‘big plus’ for West Brom ahead of QPR clash