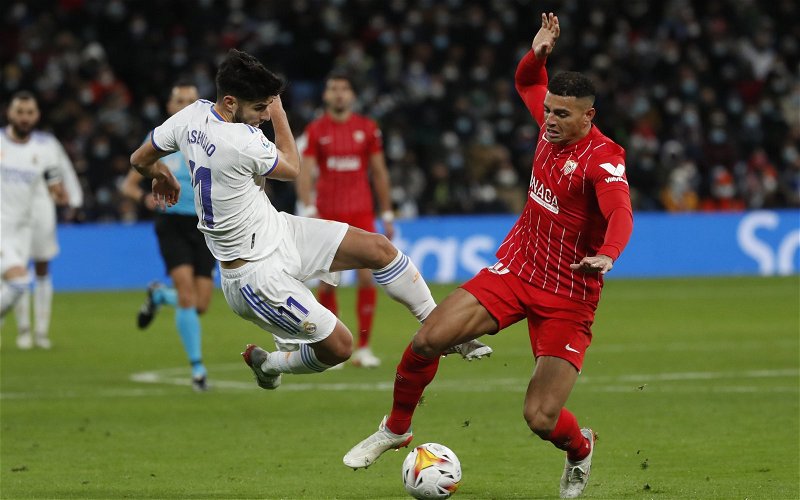 Chris Waugh has been speaking on the Toon Under Podcast YouTube channel about Newcastle United’s reported pursuit of Diego Carlos.

The Brazilian centre-back was not identified as Newcastle’s number-one defensive target this month, as that was reserved for Sven Botman, though now it seems he won’t be arriving this month, Carlos could now become a priority.

Last week saw Newcastle lodge a bid for the Sevilla defender, totalling around £25 million, which fell considerably short of the defender’s £35 million valuation, and that may have to be met swiftly if they want him in place for this weekend’s match.

The Athletic journalist Waugh was surprised to see Newcastle pushing hard for Carlos at the start of the window, claiming that the Brazilian was in fact someone targeted to come in alongside Botman as opposed to instead of.

He said: “I was surprised last week when it was confirmed to me that Botman was their top target and then someone like Diego Carlos was a backup option, but then it was made clear to me that actually, they would ideally like both – which I was surprised by, because that will take a substantial amount of money.

“When the takeover first happened, in the immediate aftermath, there was a lot of conversations that I had suggesting Newcastle may spend £40-50 million this January window.

“I think because the position has become so precarious in the meantime, and because the reality has dawned on them as to how expensive this window is going to be, I do think they will spend more money.”

The 28-year old has been a consistent starter for Sevilla ever since arriving in 2019 and has proved himself to be a great presence in both boxes, having made the joint-third-most tackles in their own defensive third while popping up with five goals since making his debut in La Liga (as per FBRef).

Carlos would arrive with a wealth of experience in La Liga, Ligue 1 and both the Europa League and Champions League, so he would be an obvious upgrade on Newcastle’s centre-back department, which has not been improved since 2018.

In other news: ‘Reminds me a bit of Henry’, ‘On my knees’ – Many NUFC fans erupt as ‘mental’ link emerges