Fans of Leeds United have been reacting to a post on Twitter, in which Graham Smyth relays the news that the club’s fixture against Derby County has been rearranged.

According to a statement posted on the EFL website, the fixture with Derby – which ‘needs no introduction’ – has now been moved to Sunday 19 July at 2pm.

Aside from the fact the fixture is important in Leeds’ title chase – as the Derby clash is their penultimate game of the season – there is also significant history between the two sides, following last season’s ‘spygate‘ scandal, as well as the fact that Derby defeated Leeds in the play-off semi-final last season.

And, after the news of the fixture’s rescheduling was posted on Twitter by Graham Smyth, who quote-tweeted the EFL Twitter account, fans of Leeds flocked to have their say on the matter, with many suggesting that the news is hardly surprising.

While many of these Leeds fans appear to be frustrated with the news, we would suggest that the fact their club is interesting enough to put on television – which is why the fixture has been moved – is rather a good thing.

Are you confident that Leeds United will earn promotion to the Premier League for next season? 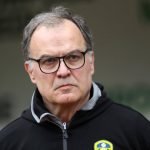 However, this has not stopped many more Leeds fans sharing their disappointment at the news.

No surprise that one.

With just four games remaining of the Championship season, table-toppers Leeds look in great shape to go on and secure promotion to the Premier League, currently being one point clear of second-placed West Bromwich Albion and six clear of third-placed Brentford, prior to Friday’s fixtures.

And, in the event that Leeds do achieve promotion, one would assume that grumblings about rearranged fixtures will soon be forgotten.