VAR may well have made a key mistake in the most recent Celtic game when a Jota goal was questionably ruled out for a marginal offside call.

The Bhoys travelled away from home to face Motherwell in the Scottish Premiership in their midweek fixture as they looked to keep maintain their lead at the top of the table.

Celtic took an early lead when Kyogo Furuhashi tapped in from close range after good work from Matt O’Riley. Jota then looked to have doubled his team’s lead early into the second half only for the tightest of offside calls to rule out his effort.

The decision certainly looks marginal and upon closer inspection, it’s hard not to feel as if the winger could actually be onside – as seen in this image. 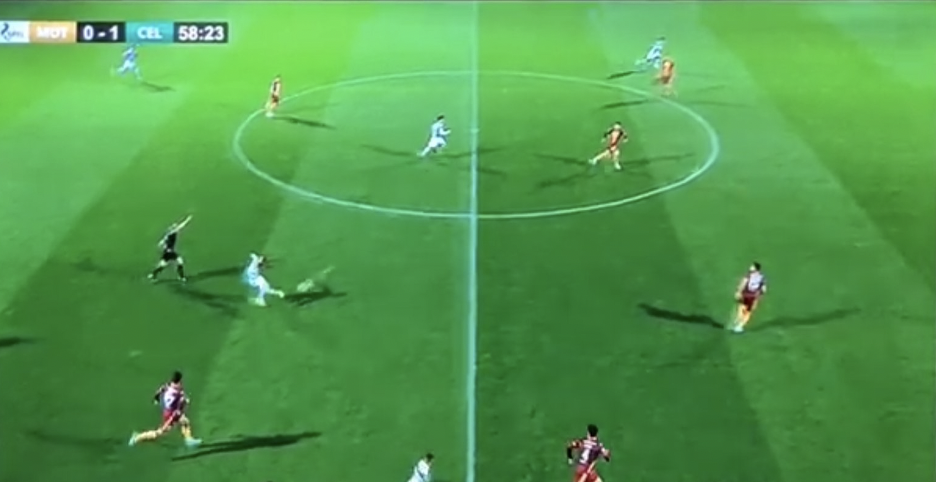 TIF thoughts on the call and Celtic…

Another angle of the incident also shared on social media only goes further to suggest that it wasn’t offside. Even so, VAR were asked to make a call in the moment and they opted to rule out the goal.

Jota certainly would have been frustrated to see his strike disallowed. Indeed, not only would it have given his team some breathing room in a tight game, it also would have been his sixth of the season – meaning he would have had 12 direct goal contributions in 12 league outings (including his six assists).

In the end, though, the Bhoys still managed to claim the win with Daizen Maeda adding a second later on in the match, which also had to be checked by VAR.