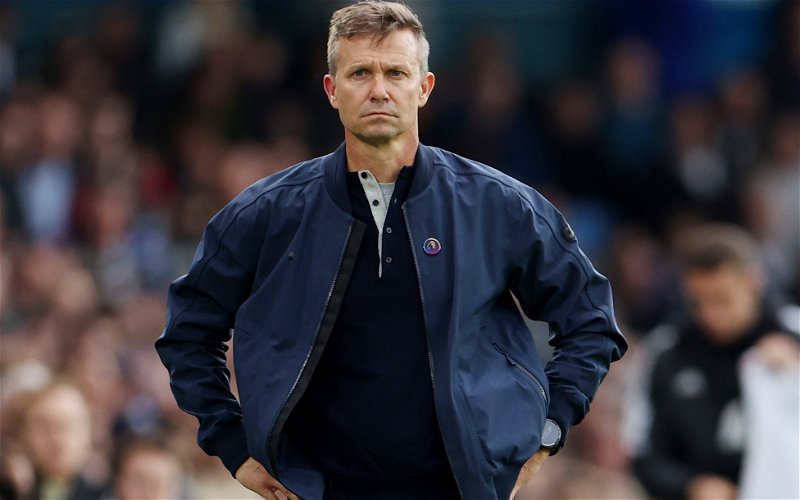 It comes after the West Yorkshire club conceded another four goals in the final Premier League game before the mid-season break.

Jesse Marsch’s side went to the Tottenham Hotspur Stadium and led three times but still walked away empty-handed as a result of some shoddy defending.

They have now shipped 26 goals in just 14 fixtures, with only Bournemouth, Nottingham Forest and Southampton conceding more – albeit having played one game more.

Speaking on the TalkSport GameDay podcast following their weekend performance, Clarke said: “I think we’re all agreed there that Spurs need a whole new defence – I think the same does apply to Leeds United.

“I mean, who would you keep? If you asked Leeds fans, who do you want as first-choice next season out of your current back four? I don’t think they’d choose any of them. So I think they need to invest in that side of things. They were all over the place in this game.”

The Whites appear to have a particular problem at the heart of their backline, with Robin Koch, Diego Llorente and Liam Cooper all struggling for form.

Koch has been the most used of the trio, but is averaging a meagre 6.46 match rating (WhoScored),  leaving him ranked 16th in the squad.

Llorente hasn’t fared much better (6.50), having shared duties with Cooper.

Meanwhile, in seven starts for the skipper this season, Leeds have let in 14 goals and haven’t managed to keep a clean sheet since a 0-0 draw with Aston Villa at the start of October.

It’s a porous rearguard that certainly needs addressing and it could be possible that the club look to bring another centre-half in January.