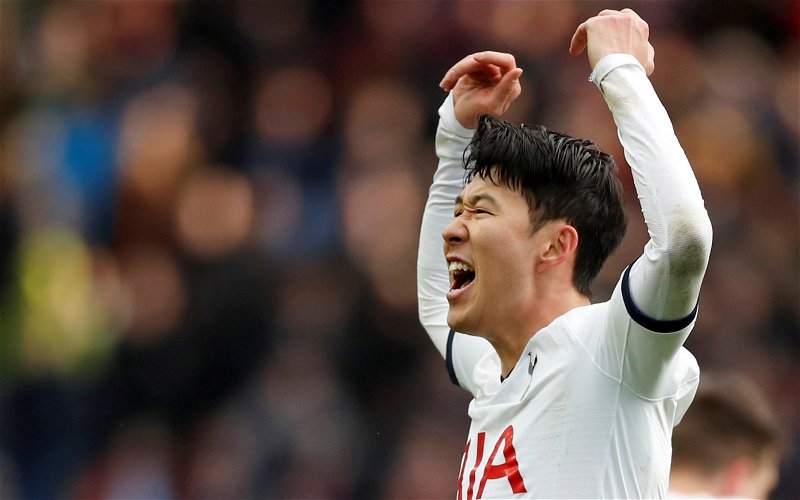 Craig Mahood of The Sun recently took to Twitter to slam Tottenham Hotspur star man Son Heung-min for his performance in their latest Champions League game.

The north London side struggled in their second Champions League game this evening after picking up a huge 2-0 win in their opener last week thanks to a wonderful brace from new summer signing Richarlison.

Things did not go so well in their latest game this evening against Sporting, as they failed to pick up the win despite having 12 shots throughout the game, with five on target including a disallowed goal from Richarlison.

While Richalirosn showed his ability, one player who has continued to struggle this season is Son, who is yet to pick up a goal in all competitions for the Lilywhites this season. He was subbed off in the second half and faced criticism from Mahood who wondered what has become of their star man.

Mahood said: “What on earth has happened to Son? Not get a move he wanted in the summer? Richarlison offering so much more in attack for Spurs despite not being able to time any sort of run.”

What on earth has happened to Son? Not get a move he wanted in the summer? Richarlison offering so much more in attack for Spurs despite not being able to time any sort of run

Son continues his struggles this season as he only managed 72 minutes before being subbed off for Kulusevski, who was predicted to potentially start in his place before kick-off.

It is easy to see why Son has been criticised when looking at his stats from the game. During the 72 minutes, Son failed to register a shot at all, he also only made two of five dribble attempts and did not connect on any of his five crosses.

He also lost possession 14 times during the game and was dribbled past once. After facing this defeat, Spurs now face an uphill battle in their next game against Eintracht Frankfurt. If they are to win that, they are going to need Son to improve his form as soon as possible, or it is hard to see how they go far in the competition.