Newcastle United: Journalist claims he never wants to see Karius on the pitch 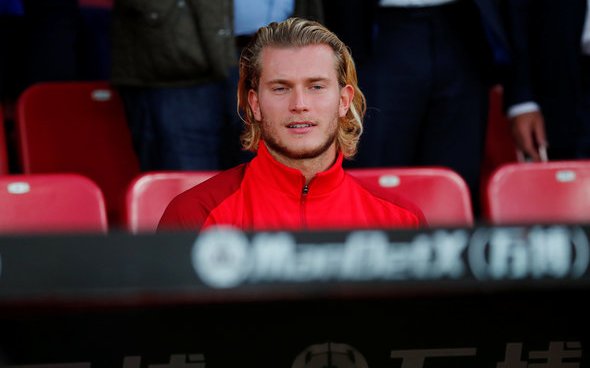 During a recent appearance on the NUFC Matters podcast, journalist Ross Gregory claimed he never wants to see new Newcastle United signing Loris Karius on the pitch – as it will mean something has happened to Nick Pope.

Despite their good start to the season, where they have only lost one Premier League game so far and sit 11th in the table, the Magpies have had to desperately raid the free agent market after the sale of Martin Dubravka and injury to Karl Darlow depleting their goalkeeping depth.

As a result, they recently bought in Karius as a backup to Pope, who is perhaps best known from his brief stint between the sticks for Liverpool.

While he could be seen as a good backup option for the club, Gregory recently claimed he hopes to never see the player on the pitch for the Tyneside club, as it would mean No 1 Pope will have picked up an injury.

Gregory said: “They’ve moved quickly, they’ve got the position filled. Hopefully, you know, let’s all be brutally honest about this – hopefully, we never see him in a Premier League game because that would mean there was an issue with Nick Pope and that he’s been injured.”

TIF Thoughts on Karius to Newcastle…

The Magpies could do a lot worse than bringing in Karius as a backup this summer, as we have seen Everton sign Eldin Jakupovic due to their injury problems. In this instance, we’re sure the Toffees would have jumped at the chance to sign Karius.

The last time the 29-year-old appeared in the Premier League was during the 17/18 season when he made 19 appearances in the competition where he conceded 14 goals and picked up 10 clean sheets in total.

A lot of people will remember Karius for his huge blunder in the 2018 Champions League final and may question the signing, but considering he is just going to be used as a backup in the league and perhaps used for cup games, this is shrewd business from the club. But hopefully, as Gregory says, they won’t need him.