YouTuber Simeon Daniel of We Are Tottenham TV has claimed that he has a feeling that Tottenham Hotspur midfielder Giovani Lo Celso has his heart set on a move away from the club.

Lo Celso has been linked with a move away from the Premier League this summer, with Villarreal reportedly showing interest in his services, but they face competition from Roma, who are also tracking the Argentina international.

The midfielder spent the second half of last season on loan with Villarreal, where he impressed after making 22 appearances in all competitions, including six in the Champions League as he helped the Spanish side reach the semi-finals of the competition. 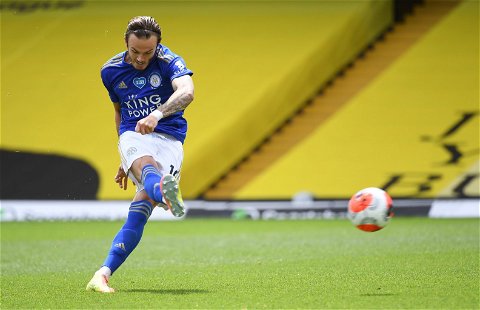 With Lo Celso featuring regularly for Villarreal last season, Daniel spoke on the We Are Tottenham TV YouTube channel and stated his belief that he has his heart set on a permanent move this summer.

He said: “I have got a feeling his heart is set on going back to Villarreal, that’s the feeling I get with him. Obviously, he played very well there last season, Unai Emery was getting good performances out of him and he’s going to also be in a very good league for a team who want to challenge for the Europa [Conference] League.”

With Lo Celso being part of a successful Villarreal side in the Champions League last term, Antonio Conte might have seen this and looked to keep him to implement him into his side for next season, but he has brought in Yves Bissouma, while Rodrigo Bentancur arrived in January, which has meant that the Argentinian will have slipped further down the pecking order – especially with Lo Celso missing out on a place on Spurs’ pre-season tour.

It could be a good move for all parties if Lo Celso was to leave the club this summer, because he will be expected to play a key role in the Villarreal side and Spurs will receive a fee for him, which could be a necessity for the club given they have already splashed just over £91m in this transfer window.