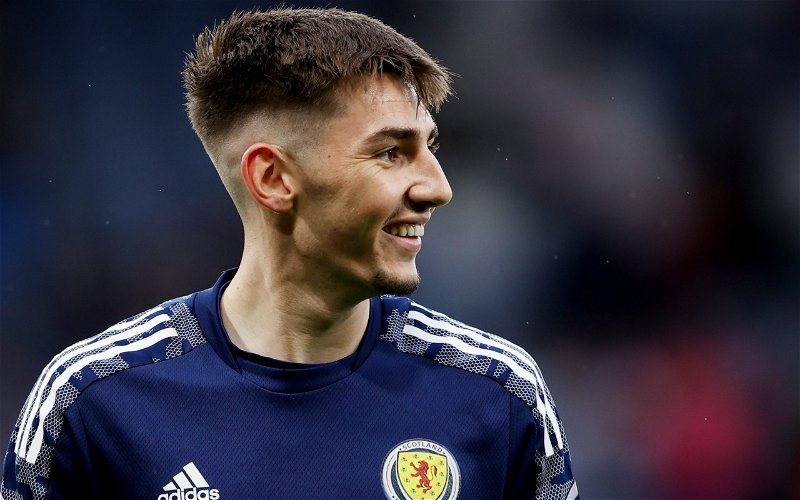 Everton are interested in bringing Scotland midfielder Billy Gilmour to Goodison Park on a season-long loan this campaign.

That is according to Daily Star journalist Paul Brown, who was speaking to GiveMeSport about the Toffees’ transfer plans this summer ahead of August’s Premier League kick-off.

Gilmour has returned to Stamford Bridge in the off-season after spending last season on loan with Norwich City, where he was unable to help the Canaries avoid relegation, though he did rank as the club’s joint-second highest-rated player according to SofaScore, coming in at an average rating of 6.82 for his performances in the Premier League over the last campaign.

According to TalkSport, Lampard has been given permission by the Everton board to explore the possibility of signing the £10.8m-rated man on loan this season, with the pair previously working together during the Toffees manager’s spell at Chelsea between 2019-2021.

And Brown believes that Chelsea are actively searching for loan moves for Gilmour, and Lampard and Everton could fit that bill for a temporary move perfectly.

“Gilmour is a really interesting one,” Brown said.

“He clearly has a massive future, but I don’t think he’s going to play very much for Chelsea this season and they would definitely be interested in another loan.

“He’s obviously a player that Lampard brought through and he played his best games for Chelsea under him.

“Is he ready to play every week in that kind of role?

“It is a key role for the club and that’s the big question mark because he didn’t have a fantastic season on loan at Norwich.

“But I think by the end of the window, depending on what other business Everton get done, you could well see a move for Billy Gilmour.”

We believe that Gilmour needs to get regular Premier League games under his belt to fulfil his potential, and Everton could be the perfect move for the 15-time Scotland international.

The 21-year-old made 28 appearances for Norwich last season, providing two assists in that time according to Transfermarkt, suggesting that he needs to step up his performances if he is to eventually make that starting midfield spot his own at Chelsea.

And a move to a club like Everton – a huge football club that has struggled on the pitch over the last season, might be the ideal learning experience for Gilmour as he looks to progress his career.