There have been recent reports stating that Spurs are ready to throw themselves into the race to sign Bastoni and Antonio Conte has supposedly made him a priority signing ahead of the 2022/23 Premier League campaign.

Bastoni signed for Inter Milan in 2017 and he has gone on to make 118 appearances in all competitions across the three seasons that he has been at the club, including 31 appearances in the Serie A this campaign. 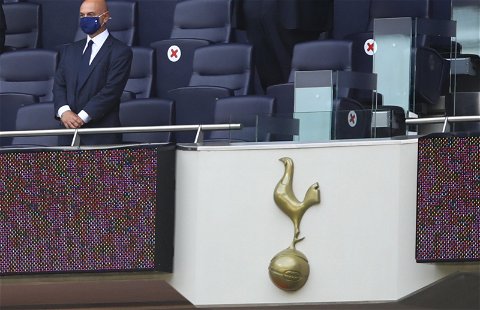 With the reports of a potential transfer to Spurs for Bastoni, Clancy claimed to GiveMeSport that he is already an incredible player and will only get better.

“I think either will be a good partner for Romero, especially in a Conte team because they’ve both worked with Conte before.

“But if I was a Spurs fan and we were signing Alessandro Bastoni. I would be singing and dancing because I think he’s an incredible player. And he’s only going to get better as he goes on,” Clancy said.

Bringing in someone like Bastoni to Spurs would be huge for Conte because he is just 23-years-old and already has experience playing at the highest level in the Champions League, which would be vital ahead of next season.

Conte will know Bastoni from their time at Inter together, so this could put Spurs ahead of their competition when attempting to lure the Italian defender to the club in the summer.