Chris Waugh has revealed on Pod on the Tyne the key area Newcastle United will look to priorities this summer.

Even from the outside looking in, it appears quite obvious where Newcastle United have to improve during the summer transfer window and that is in the striker department as their top goal scorer is Callum Wilson with six and the striker hasn’t played a game since December 27th and hasn’t found the back of the net since December 4th. 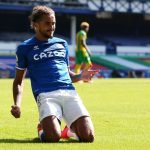 The Magpies and their new owners PIF did try and address this issue during the January transfer window when they splashed out £25 million for Chris Wood, and although since his arrival they have picked up some great form, the striker himself has only managed to score twice in 15 appearances.

Therefore, Waugh has claimed that the priority for PIF this summer is handing Eddie Howe a new striker.

(45:06) “All the indications are that the priority this summer is to look for another frontline centre forward, Calum Wilson’s been a huge miss and when he plays he does make a difference to Newcastle.

In an offensive sense, he’s got six goals this season, is still Newcastle United’s top scorer even though he hasn’t played since December 27.”

Newcastle United have three out and out strikers on their books in Wilson, Wood and Dwight Gayle with the three of them coming for nine league strikes for the Magpies, with the latter still yet to get off the mark this season.

The Magpies have been linked with a whole host of striker targets such as Ivan Toney and Dominic Calvert-Lewin, so it appears that Howe is wanting to go for someone that’s tried and tested in the Premier League and have a better chance of hitting the ground running, although it remains unclear how much these two would cost PIF.