Newcastle United: Exciting footage has emerged from SJP as PIF plan kicks in 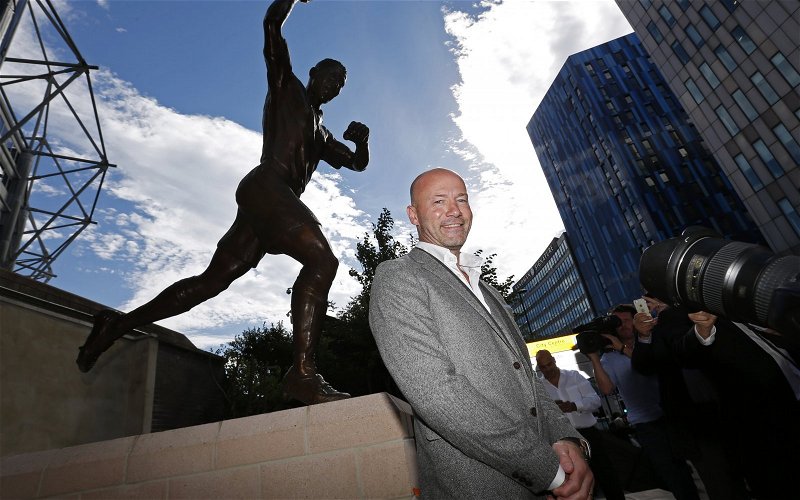 Some exciting footage has emerged from outside of St. James’ Park involving a Newcastle United legend.

The Geordie faithful are currently enjoying life on Tyneside once again under the ownership of PIF and Eddie Howe’s watchful eye with the club lingering inside the top half of the Premier League and are seeing their owners take pride in the club and city helping out the Women’s team and donating regularly to the local food bank.

Have you been impressed by PIF?

While the £90 million-plus that was spent in January to improve results and players on the pitch has helped win over a lot of fans on Tyneside, it’s what has gone on off the pitch and behind the scene and little things that are making the biggest impact.

PIF appear to be embarking on yet another missing to appease the fanbase as they are starting work on moving Alan Shearer’s statue, which was placed outside of the stadium by former owner Mike Ashley, to inside the grounds and closer to fellow legend, Sir Bobby Robson. 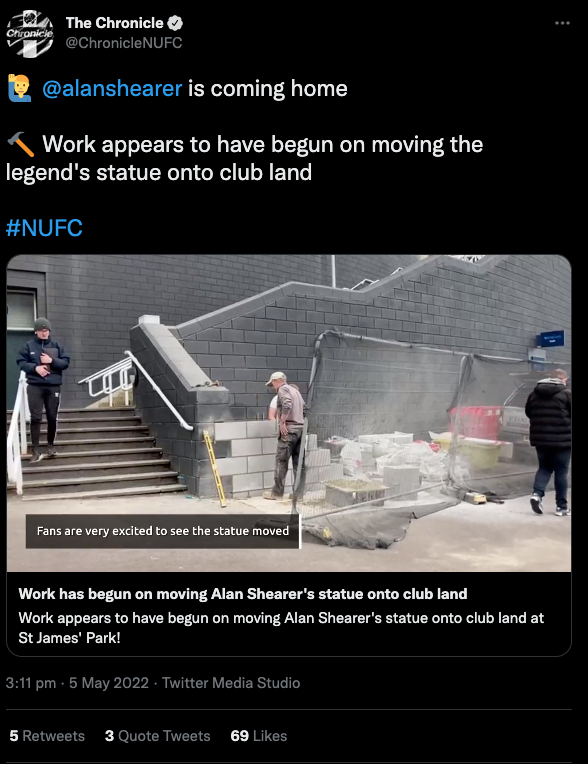 TIF Thoughts on this PIF decision…

It was a shocking decision at the time to give Alan Shearer a statue outside of where he made history with Newcastle United, but what added insult to injury was that his statue was placed on the same grounds where a toilet block was prior to the erection of the statue.

Now though, PIF are clearly taking into account what means a lot to the fans, and having their icons and legends well-represented is a big one, so if things begin to go worse on the pitch, fans will likely be content knowing that PIF have their club and city at heart so will be afforded more time to make the Magpies a force in English football once again.

In other news: ‘I’m pleased’ – George Caulkin buzzing over ‘positive sign’ at Newcastle