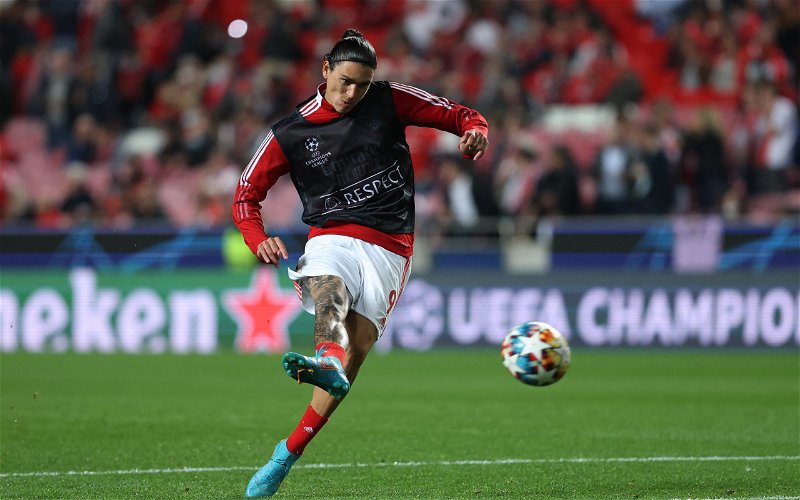 Chris Waugh had dealt Newcastle United an early transfer blow while speaking on Pod on the Tyne.

It is sure to be an exciting and interesting summer for Newcastle United as PIF have the first chance to really flex their financial muscles without a lot of pressure on them as there was during the shorter January transfer window as the magpies needed everything to click right away given they were in the bottom three.

One key area that Newcastle, Eddie Howe and PIF will know needs addressing is the striker department as their three forwards have combined for just eight goals this season, with six of them coming from top scorer Callum Wilson, who’s also missed 20 league games this campaign. 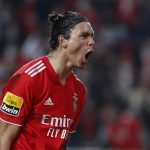 Someone they were linked with earlier this year was Darwin Nunez, but after his continued top performances for Benfica in Liga Nos and the Champions League, the chances of landing him have now all but vanished, according to Waugh.

(46:45) “They’ve really liked Darwin Nunez for a long while at Benfica, but he’s liked by so many clubs, so that’s almost certainly not going to happen.”

Of course, Chris Wood’s struggles have been well documented at times and Callum Wilson’s injury troubles are a slight cause for concern moving forward in terms of reliability, so it’s safe to say a striker is what the Magpies desperately needed and are setting their sights on putting big funds into getting one.

Darwin Nunez has been tipped to be ‘one of the best in the world’ and is only 22 years old, so he still has pretty much his whole career ahead of him. He’s been prolific this season, producing 34 goals in 40 games, which includes six goals in the Champions League. So, a striker who has proven he can cut it at the very highest level would no doubt have been a great buy for the Magpies, but it has been reported recently that while Nunez is expected to leave Benfica this summer, he will be looking to join a club that can offer him Champions League football immediately, something that the Magpies can still only dream of right now.

The Magpies have seen themselves linked with a whole host of strikers ahead of this summer’s transfer window, which could mould their early future under PIF, with the likes of Ivan Toney and Dominic Calvert-Lewin who could prove to be far more realistic as neither of them would be leaving a club with European football on offer, so it wouldn’t be an obvious step-down, with the Magpies currently higher in the table than both Brentford and Everton.

In other news: ‘They had a meeting’ – Romano reveals Newcastle target has made a sensational U-turn