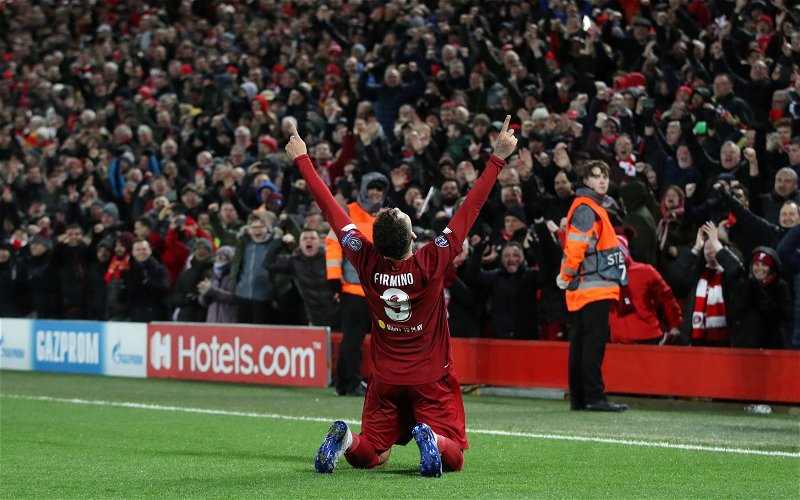 It’s now about three years since one of Liverpool’s best European comebacks, overturning a 3-0 deficit against Lionel Messi’s Barcelona from the first leg to make the final before going on to lift the trophy for a sixth time in Madrid.

The Reds will have felt unlucky at the time to come away from Spain three goals down, with Jurgen Klopp labelling it one of the best away performances from his team. Roberto Firmino wasn’t fit enough to start, so Georginio Wijnaldum had to take his place as the false nine.

Assistant manager Pep Lijnders has been looking back at the second leg for The Coaches’ Voice, and revealed some insight into what Wijnaldum said after the first leg.

Obviously, Firmino’s teammates know the importance the Brazilian has to the way Liverpool play and the sacrifices he makes, but the fact Wijnaldum was shocked after having to do the role himself highlights just how vital and hard his role is.

‘Bobby’ is adored at Anfield, with Liverpool legend John Barnes hailing him as ‘important’ and claiming the Reds should keep him at the club. He also believes he will still be the man Klopp will be calling on in the big games.

In other news, Kostas Tsimikas Update