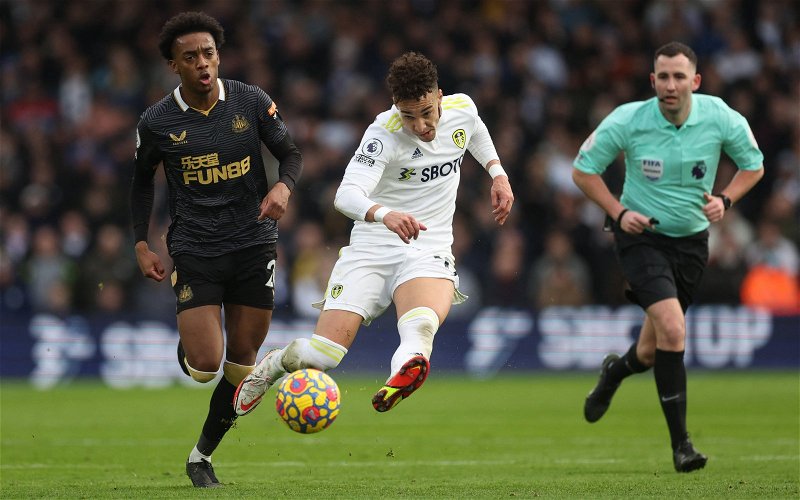 Newcastle United’s Joe Willock was slammed by BBC’s Alistair Magowan in the Magpies’ victory over Brighton and Hove Albion at St James’ Park.

The hosts raced into an early 2-0 lead thanks to Ryan Fraser and Fabian Schar. Lewis Dunk pulled one back for Brighton early in the second half, setting up a tense finish to the game for Eddie Howe’s side.

Are Newcastle United all but safe now?

Magowan, reporting for the BBC, picked up on the frustrations of the Toon Army with the score at 2-1, slamming Willock for his sloppy passing, picking up on the fans’ frustrations with the young midfielder.

Reporting live, he went on to say: “The home crowd starting to get frustrated with Newcastle’s sloppy passing and berate Joe Willock for giving the ball away. This game looked comfortable but Newcastle need an injection of something. Time for Allan Saint-Maximin.”

Joe Willock had a poor game. He only had two touches more than Martin Dubravka, he also lost the ball 12 times. He was dribbled past five times and only won a third of his contested duels – all in all, a day to forget for the youngster in the middle of the park.

Regardless though, it’s a huge win for the Magpies who are surely safe with that result now? They have a seven point cushion to the drop zone and only Liverpool have a better record in the last six games than them. It would take a serious drop off in form to see them heavily embroiled in a relegation fight from here.

In other news, Lee Ryder gushes over Ryan Fraser