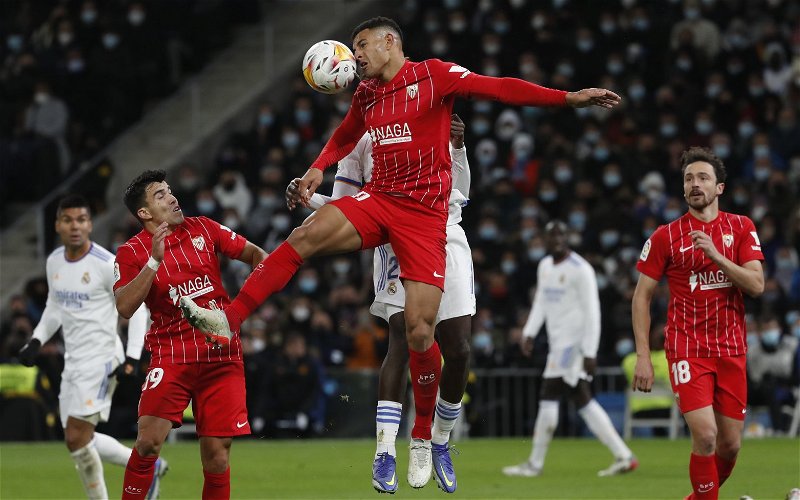 It’s been a whirlwind week for Newcastle United as they appeared to be ending closer to a deal to sign Carlos when the defender handed in a transfer request earlier in the week, only for Sevilla’s manager to say after their draw against Valencia that he expects the defender to stay until the end of the season.

However, early on Friday morning, Romano claimed that there are ‘key hours ahead’ in Newcastle’s pursuit of Carlos and that the Premier League side are ‘willing to insist’ Sevilla let him go, although it appears any deal will be done during their upcoming two-week break from league action.

A lot of Newcastle fans are delighted on Twitter with this Romano transfer update.

“He’s not staying at Sevilla lads”

“Need this done, would be awesome”

“i can feel it, watch out bijoux”

“We need this bloke so bad. Really hope it happens! Love how the club are throwing everything at this deal.”

“the rest of the PL crying”

Sky Sports has also reported that after Sevilla’s match this weekend, they will be open to doing business as they don’t have another match until 5th February, which would give them a lot of opportunities to work on bringing in a replacement for Carlos.