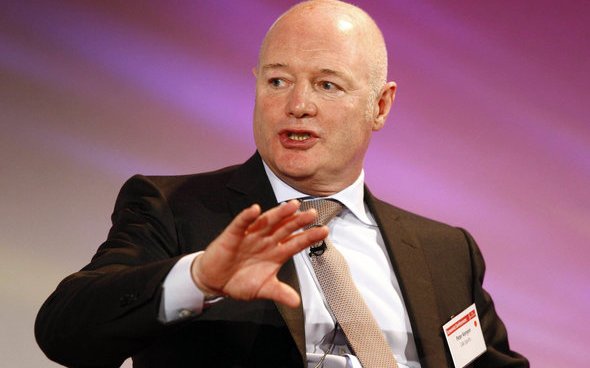 Chris Waugh has been speaking on the latest episode of Pod on the Tyne about Newcastle United’s CEO search.

There had been reports last year that Newcastle were lining up a director of football, with the likes of Michael Emenalo and Luis Campos tipped for the big role at St. James’ Park. In the end, nobody arrived apart from Nick Hammond on a temporary consultancy basis for the January transfer window.

Now though, The Athletic journalist Waugh has responded to recent claims regarding their search for a director of football and CEO, with a surprising name being linked at the weekend in the form of Peter Kenyon – the same man who tried to buy the club off Mike Ashley a few years ago.

Waugh has dropped the latest information on the likelihood of Kenyon getting a role at Newcastle and where the club currently are in terms of filling the senior executive positions.

“Well, the sort of enquiries that we’ve made suggest that it’s unlikely to be Peter Kenyon who is going to be CEO, or whatever position Newcastle bring in – but they are making progress in that regard.

If these reports are true that Kenyon is interested in a role working with PIF, then it would be an interesting turn of events given that he wanted to own the club himself and is still desperate to be involved in some form, so he could prove a useful person to have within Newcastle as he’s worked at big clubs in the past.

However, with this process now dragging on for several months, it wouldn’t be that much of a surprise to see PIF decide to go even more left-field and find someone that the media has not yet picked up on, such is the amount of detail that will have gone into this process.

In other news: ‘Spoke to people at the very, very top’ – Caulkin drops ‘positive’ behind-scenes claim at NUFC