George Caulkin has been speaking about the plans Newcastle United’s owners have on Pod on the Tyne.

The Magpies are currently in the thick of an uphill relegation battle and sitting three points from safety, but they did manage to record their first win of the season last weekend, which could make it easier for them to attract players in January if they are in touching distance of staying up. 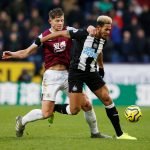 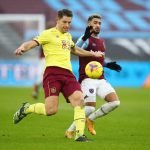 Amanda Staveley has confirmed to Newcastle’s YouTube channel about how they are planning to invest in the squad when the transfer window opens, and it now appears that both the financier and her husband Mehrdad Ghodoussi have been ‘getting their hands dirty’ when it comes to identifying transfer targets.

Caulkin has revealed the work that both Staveley and Ghodoussi have been putting in behind the scenes.

“I do know for a fact that Amanda Staveley and Mehrdad were both working actively on transfers themselves last week. They were, to coin a phrase, getting their hands dirty. So that’s how I think we are, leading up into January.”

A fresh report has recently surfaced via the Daily Mail suggesting that Newcastle United have already got some transfer targets lined up, with the likes of Joe Rodon, Mohamed Elneny and Lloyd Kelly reportedly on a shortlist.

The latter was signed by Eddie Howe for £13 million during his time at Bournemouth, but could now follow his former manager to the Premier League, which may be seen as a gamble given how poor Newcastle’s defence has been – the second-worst in the league – and that Kelly has never regularly played higher than at Championship level.

In other news: ‘Something isn’t right’, ‘Flopped so bad’ – Many NUFC fans fume over Lee Ryder’s update