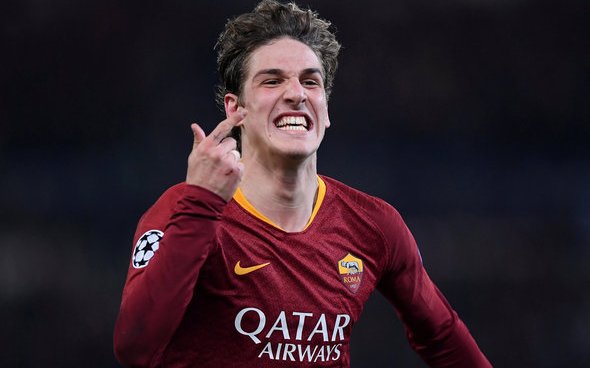 Many Tottenham Hotspur fans have taken to Twitter after news emerged linking the Lilywhites with a move for Roma and Italy star Nicolò Zaniolo.

According to Football Italia, the 22-year-old attacking midfielder is facing an uncertain future at AS Roma under former Spurs boss Jose Mourinho, with the Lilywhites amongst the clubs interested in signing him.

Roma wanted to extend his contract until 2025, but there have not been developments over the last few months, with Serie A rivals Juventus and Tottenham reportedly keeping a close eye on the former Inter and Fiorentina ace.

“Better than Pele Palli for sure”

“Exactly what we need”

“Phenomenal player, I’d only take him on a pay as you play deal with the injuries he’s had. Unless he was reasonably cheap.”

“Feel like Conte would love him. Could play in 3-5-2 in the Eriksen role too”

With both Fabio Paratici and Antonio Conte being long-time admirers of Zaniolo, the midfielder could prove to be an incredibly astute signing for the north London outfit, especially considering the likes of midfielders Dele Alli and Tanguy Ndombele futures at the club remain uncertain.