Many Leeds United fans have taken to Facebook to slam Welsh star Tyler Robers, urging the club to sanction either a permanent or loan departure for the 22-year old forward.

Roberts, who joined Leeds from West Brom in January 2018 on a four-and-a-half year deal, has struggled to nail down a regular position within Marcelo Bielsa’s starting XI.

However, while the forward signed a new three-year contract in the summer, the 22-year-old has made just the solitary one league start so far this season – this despite the absence of attacking stars such as Patrick Bamford, Rodrigo and Raphinha at times this campaign.

Now, many Leeds fans have taken to Facebook to urge the Yorkshire outfit to sanction a move away for the Wales international.

What did Leeds fans have to say about Tyler Roberts? 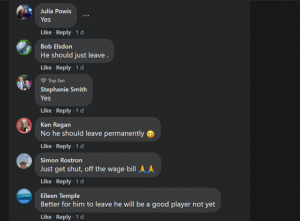 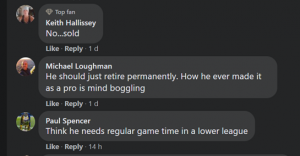 As the January transfer window nears, the Welsh forward may well look to move away from Leeds, with mid-season loans becoming more and more popular for players in situations such as his, and could yet still have a massive future at Elland Road under Marcelo Bielsa in the Premier League.