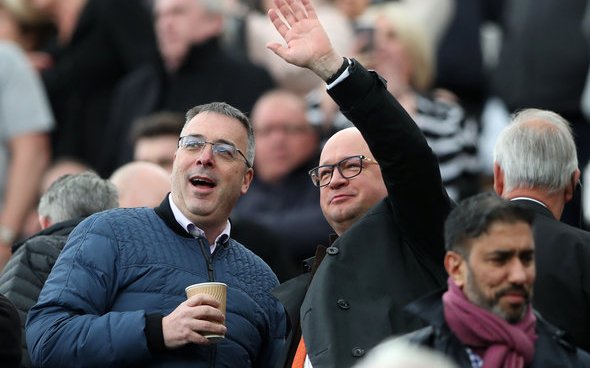 An overwhelming amount of Newcastle United fans have flocked to Twitter to share their unbridled joy at the latest news to emerge from the Tyneside club.

On Friday afternoon, the Magpies confirmed that managing director Lee Charnley had departed the club following a handover period with the new ownership.

Will Howe keep NUFC up?

Charnley had been at the club for 22 years and worked under Mike Ashley as managing director for the last seven years, but his time has come to an end following the PIF takeover last month.

“To have been at Newcastle United for 22 years has been an honour and a privilege, and the club, its people and our city will always be very special to me,” Charnley said following his St. James’ Park exit.

Newcastle fans flooded to the official announcement on Twitter as many shared their delight ahead of their weekend clash against Brentford on Tyneside.

@Bruceball007
“Hey the good news just keeps rolling in!!!”
@Chris_H52
“WHAT A FRIDAY THIS IS!”
@lee_davies86
“massive W”
@JamessParkerr
“What a way to start the weekend!!”
@BoylaLad
“Best Friday ever”
@farndell_chris
“Thank the lord , best news ever”
@BlackAliblack1

Newcastle’s new era feels like it will finally begin on Saturday as Eddie Howe takes charge of his first game since being appointed earlier this month, albeit without the new Toon boss in the dugout.

These Newcastle fans are clearly delighted – and it’s understandable now that Steve Bruce, Ashley and Charnley have all parted ways with the club.