Speaking on the Football Digest podcast, journalist Simon Bird believes work is going on behind the scenes to replace Steve Bruce.

Ever since Newcastle United’s new owners were announced to have bought Mike Ashley out, reports have been questioning whether Steve Bruce will be relieved of his duties before the Magpies’ match against Tottenham Hotspur on Sunday – though he still remains in a job midway through the week. 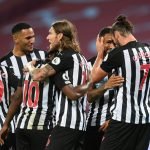 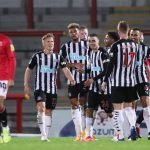 Managers such as Brendan Rodgers, Frank Lampard and Lucien Favre have been linked with the Toon hotseat, and despite Bruce’s 1,000th game as a manager edging closer, his future is still unclear – with people adamant he will be gone before Sunday and that the new owners are just taking their time.

Speaking on Tuesday, Bird claimed work behind the scenes is being focused on replacing the current manager.

“I think Bruce, maybe in the next 48 hours, will go. The consortium met him yesterday [Monday] for about an hour and they picked his brains about the club and what was needed playing-wise, training ground-wise etc, so that was a dignified thing to do.

“Obviously, their attentions behind the scenes are focused on who to replace him with. The fans don’t want to see Bruce and he won’t be there much longer.”

Despite what pundits such as Jim White have said – that Bruce may still oversee his 1,000th game as a manager this weekend – if he is allowed to be in the dugout for Newcastle’s first sold-out home match of the season on Sunday, the atmosphere will almost certainly not be as pleasant as it could’ve been.

No matter who owns the club, whether it be Mike Ashley or PCP Capital Partners, Newcastle fans have made it clear that they do not want Bruce as the manager, and it’s hard to begrudge them given they are winless this season, have won just seven of their last 37 matches, conceded the joint-most goals in the league, as well as the second-most shots on target faced. (FBRef).

In other news: ‘Oh my’, ‘Would be huge’, ‘We’re winning it all’ – Many NUFC fans buzz as update emerges