Newcastle United: Many fans delighted with this latest Rangnick news

A lot of Newcastle United fans are delighted on Twitter with the latest Ralf Rangnick news.

Newcastle’s new owners, PCP Capital Partners, are leaving the day-to-day running of the club to Amanda Staveley and her husband Mehrdad Ghodoussi, and despite a lot of talk about Steve Bruce’s future dominating the media, he arrived at their Benton training ground on Tuesday and showed no sign of being sacked. 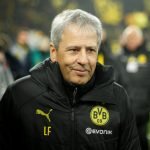 Something that may be holding up the departure of Bruce and the hiring of a new manager is the lack of a new sporting director of football -and according to The Chronicle, someone who is reportedly interested in such a role on Tyneside is Ralf Rangnick, with the German currently out in Russia working for Lokomotiv Moscow.

Many Newcastle fans are seemingly very happy on Twitter to find out Rangnick is interested in joining the Magpies.

“Getting Ragnick would be huge!”

“OH MY GOD RANGNICKKKKK WERE WINNING IT ALLLLL”

“Ragnick, we’re winning it all”

“Ralf Ragnick would be my choice as the man in charge. I have full confidence he would bring in the right people to take this club in the correct direction.”

On Monday evening, Telegraph journalist Luke Edwards, who conducted an exclusive interview with Bruce following the takeover being announced, claimed don BBC Radio 5 Live Sport that he expects Bruce’s future to be sorted in the next 24-48 hours, while time is certainly ticking if the new owners wish to get rid of the current boss before the match against Tottenham Hotspur.

It had been made very clear before the takeover was announced or even murmured of being on the cards, that the majority of Newcastle fans wanted Bruce out of the club, with 94.3% of the Newcastle United Supporters’ Trust expressing that he should leave.