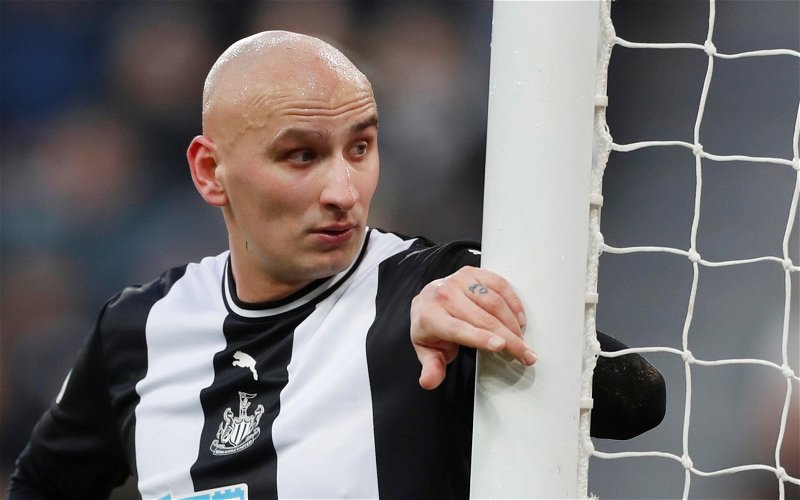 Many Newcastle fans have taken to an official club Tweet to lay into Jonjo Shelvey in the wake of Newcastle’s 3-2 defeat against Spurs.

The ex-Liverpool dynamo was introduced as a substitute in the second half, only to collect two bookings and find himself cast off the pitch on the eighty-third minute.

As a result, many fans did not hold back as they took to social media to lambast the midfielder for his performance as he was singled out for his recklessness.

“Should’ve been sold years ago.”

“ Tomorrow morning, Steve Bruce, Shelvey and Ritchie. They all have to go.”

“ Have to say our owners also ruined it a bit..happy they are in but Bruce should have been gone last week..”

“ Championship player, need him gone for as long as possible anyway”

“Hope that’s his last ever appearance for us”

“What a joke of a player Shelvey is. Stealing a wage. He’s League One level at best. Can’t see him staying much longer with the new owners coming in at Newcastle.”

Newcastle are still left winless this season as a result of the score, and going down to ten men was unnecessary recklessness from the substitute.

The Mags picked up the tempo but ultimately lacked the defensive nous to make their gains in terms of goals count. Still, the goals offer positives in terms of pressure and should help to refocus the squad ahead of their next clash.