Palmer: Anthony Martial will play a big part for United 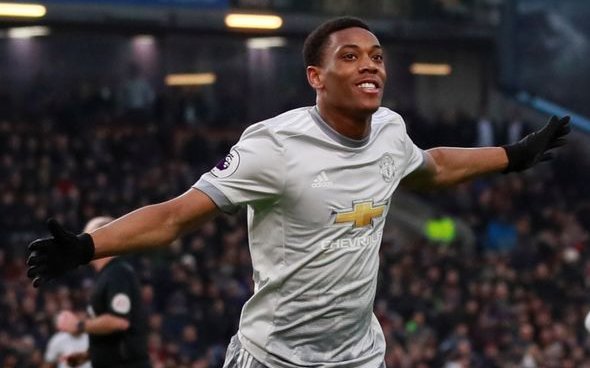 Manchester United have started this season in good form as they are undefeated in their first three Premier League matches. After thrashing Leeds United 5-1 on the opening day of the season, United then drew 1-1 away at Southampton, before beating Wolves 1-0 last weekend.

Forward Anthony Martial has played a part in all three games, starting the match against Southampton and coming on as a substitute against both Leeds and Wolves. Last season, Martial scored seven goals and provided a further nine in all competitions for the Red Devils.

During his time with Manchester United, Martial has scored 78 goals and provided a further 50 in all competitions and Carlton Palmer believes that the 25-year-old has a big part to play for the club this season.

“What it does, when you’ve got somebody like when Ronaldo walks in the building it lifts everybody with his work rate, with his professionalism. Everybody in there now has got to raise their standards because the bar’s high now.”

Ole Gunnar Solskjaer has made some major signings this summer, with the additions of Cristiano Ronaldo, Jadon Sancho, Raphael Varane and Tom Heaton and after a good start to the season everybody connected with United will be hoping to remain undefeated and pushing for major honours this season.