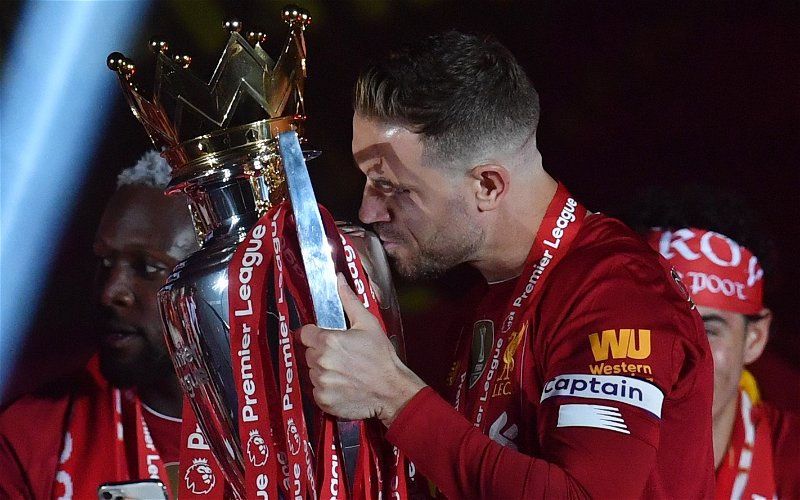 Henderson put pen to paper on a new long-term deal at Anfield last week. June marked ten years since Henderson signed for Liverpool from Sunderland and his game has gone from strength to strength and he has also lifted major honours in his time with the Reds.

The 31-year-old midfielder has played just short of 400 games for Liverpool, scoring 30 goals and creating a further 51 for his teammates. In those games, Henderson has lifted the League Cup back in 2012 and has also gone onto lead his side to the Premier League, UEFA Champions League and UEFA SuperCup.

Alongside team accolades, Henderson was also named Player of the Year in 2019/2020 and Windass is happy to see him commit his future to the club, telling This is Futbol: “I’m pleased that he signed a new deal. It’s a great bit of business. Him and Jurgen Klopp look as though they’ve got a massive relationship with each other, so yeah it’s a great signing for Liverpool really.”

After a season which saw Liverpool pick up injuries to key players, the Reds managed to finish third in the Premier League and after adding Ibrahima Konate to his squad, Jurgen Klopp will be hoping to guide Liverpool back to being title challengers this campaign.