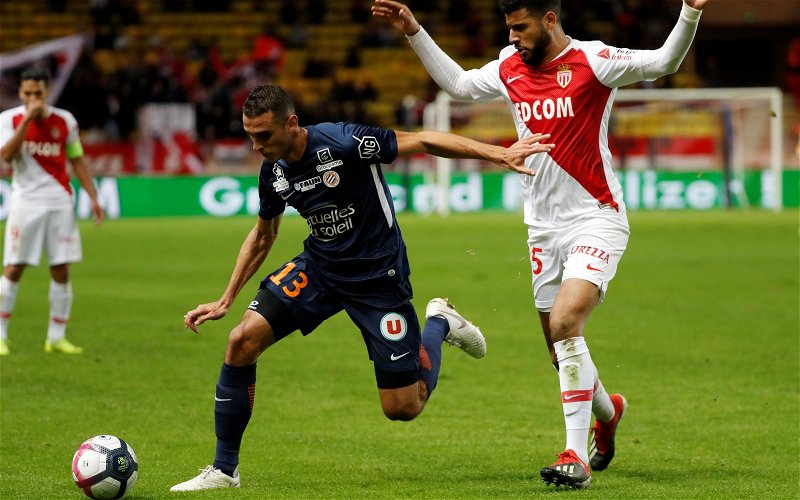 Leeds were certainly busy during the summer window as they made a number of changes to the first-team squad, however, now attention can turn to any players that Leeds United might be interested in signing who have recently been let go by their clubs and weren’t able to find new ones over the summer.

The Moroccan international recently found himself released from Ligue 1 giants AS Monaco following a loan spell at Girondins Bordeaux in 2019/20.

Speaking on the One Leeds Fan Channel, McGilligan broke down the 25-year-old’s style of play and explained why he felt he would make a perfect addition to the Leeds United side:

“Youssef Bennasser is a central midfielder, six-foot-tall, has played at some top, top clubs including Bordeaux and Monaco. He’s recently been released from Monaco, there were problems with him out there between the club – he was omitted by Nico Kovac from the squad and he was training with U23s. I don’t believe it was an attitude problem, I believe Kovac just didn’t fancy him.

“And listen, Bennasser’s got everything we need in a midfielder. He’s press-resistant, he can carry the ball between the transitions, he’s six-foot-tall, he’s a breaker-up of play and looks like the real deal.”

Central midfield is certainly an area that needs to be improved for Leeds United – perhaps not in quality, but certainly when it comes to quantity, as they only have three players that can play there as their natural position.

And whilst Bielsa has spoken before about his preference to carry a small squad as we saw during his first year, there is always the chance that an injury crisis could occur, so he is taking an awfully big gamble by deciding not to add more players when he has more than enough room to carry them in a 25-man squad.

And if McGilligan thinks that Ait Bennasser could easily fit into the Bielsa system, although it might take a few weeks to get him fully up to speed with the training methods, on a free transfer with little to no financial risk associated with him, it’s certainly worth taking a look at him.