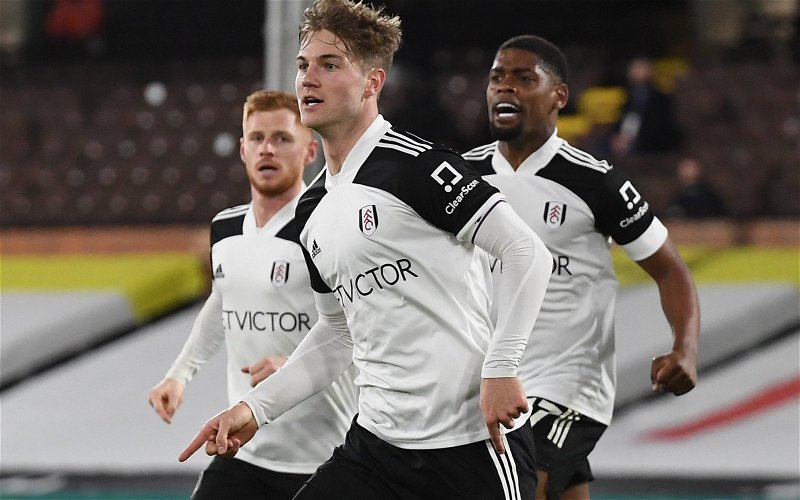 The Eagles have recently been linked with the Danish defender, who has just come off the back of an impressive season at Fulham last year that led to a spell at this summer’s European Championship, where he made three substitute appearances as his side reached the semi-final of the competition.

Speaking on the HLTCO podcast, Cook discussed the potential move and claimed that it appeared to be getting closer, discussing the details of his medical and noting that the deal could potentially be announced imminently:

“Everything that I’m led to believe about Joachim Andersen’s proposed move to Crystal Palace is that it’s continuing to progress. We are, of course, still waiting for an official announcement in relation to the deal.

“He was on a family holiday in Greece recently, which is now concluded as far as I’m aware, and hopefully he has made it to London. A medical, of course, can be partly done elsewhere – I think there’s been all sorts of stories over the last few days in relation to Joachim Andersen’s potential medical that took place in Greece whilst he was still away with his family and friends.

“But I would imagine that the club will have wanted to do some sort of final extensive medical checks in London with the full medical staff that exists at Crystal Palace, just to make sure they haven’t missed anything or not taken note of something specific that might have a knock-on effect further down the line.

“But as I say, hopefully, things have all continued to progress in a manner which can enable us to make an announcement either today [Tuesday] or tomorrow.”

Hopefully, the deal for Andersen, who is valued at £19.8m on Transfermarkt, can indeed be made rather quickly, because whilst new Palace boss Patrick Vieira has made a good start in trying to bring players in following the big clearout that the club had this summer, there is arguably still a lot of work to be done before the team can be ready to face a Premier League season.

And whilst Andersen won’t have to do much adjusting to the Premier League following his season at Fulham, he will have to get used to a whole new system under Vieira, possibly with a new centre-back partner in the newly acquired Marc Guehi, so he’s going to need every minute possible to get ready for his new side.

In other news: ‘He’s always impressed me’ – Dan Cook raves over CPFC target who ‘fits the bill perfectly’