Many Celtic supporters have been talking about Ryan Christie after a rumour emerged on social media.

The Sun on Sunday (via The Daily Record) has reported about Christie and his future at Celtic. They claimed that newly promoted Premier League side Norwich City have joined Burnley in the chase for the Scotsman, with the race for the midfielder now hotting up (19:08).

Southampton had also drawn links with Christie, with reports claiming that the Saints will be watching his performances at Euro 2020 to decide whether they’d want to sign him or not.

Are you desperate to see Christie leave? 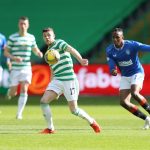 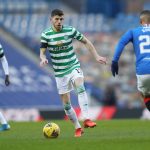 Burnley have kept an eye on the midfielder since his time at Inverness and they were interested in signing him from his previous club.

However, the news about Norwich and Burnley was relayed on Twitter by the Daily Record. Many Celtic fans made their opinions clear about Christie.

“I’ll pack his bags and drive him free of charge.”

“Hopefully there’s no issues with the medical. On your bike.”

“I will drive him there.”

Christie’s contract at Celtic reportedly runs out in January 2022, meaning that selling him in the summer could be their last chance of earning a fee from his sale.

So perhaps they should use the interest from the three clubs to increase his price, so that they can earn a fee that’s enough for them to sign a replacement.

In other news: ‘I heard’ – McAvennie drops eye-opening claim at Celtic with ‘rumours coming out’