Newcastle United fans have been reacting to comments made by Gabriel Agbonlahor about who the club should target in the summer window.

Speaking in a recent interview with Football Insider, the former Premier League forward claimed that Steve Bruce could look to reunite with one of his old players in the form of Aston Villa midfielder Conor Hourihane.

The 30-year-old midfielder has just come off an impressive loan spell with Swansea City in the Championship, scoring five goals and chipping in with two assists to help the Swans reach the play-offs.

In the interview he said:

“You look at the likes of Brentford, Newcastle. Steve Bruce knows him well. You look at Norwich, Watford, the teams that have come up. They would love to have him in their team.

“He won’t be short of offers. I just hope he gets the move that’s right for him.”

His views were relayed to fans via local newspaper The Chronicle on Twitter as they discussed their views on potentially signing him, but it’s fair to say that there wasn’t much appetite to try and get the deal done:

“A Bruce level signing, right up there with Hendrick. A 30-year-old out on loan in the Championship is about the right level for the club in its current condition.”
@victorbates
“I’d rather not get anyone in the transfer window than stock up on players like Hourihane, Hendrick.”
@CorkingToon
“Definitely not he will be another Hendricks”
@mcoopster18
“Season hasn’t even started yet and we are already preparing for the Championship or what”
@David_B_HU
“Good footballer, but Championship is his level I think. Massive no for me”
@MichaelMidd90
“Championship Player”
@dunntoon

Would you like to see Newcastle make a move for Hourihane? 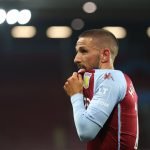 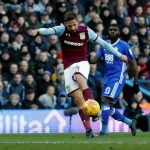 Given his Premier League record of four goals and six assists in just 31 appearances – the latter stat more than any Newcastle player managed last campaign – he certainly could offer something to the Magpies, so perhaps the fans shouldn’t be too quick to dismiss his potential usage for them.

In other news: ‘Get him in ASAP’, ‘He’s actually decent’ – Many Newcastle fans react as rumour emerges