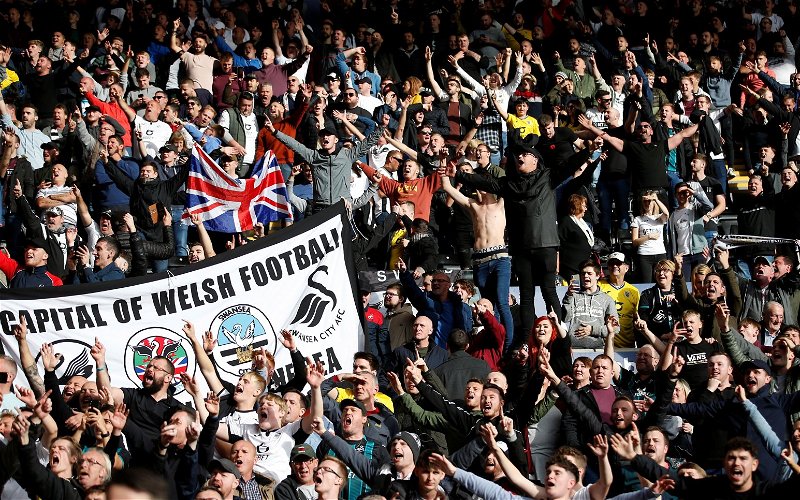 Apparent Swansea target Liam Walsh would be a ‘fantastic pick-up for any Championship club’, according to Ryan Dilks during the latest episode of the Second Tier podcast.

Walsh was released by Bristol City at the end of the season after spending three and a half years at the club since signing from Everton in 2018, and has been linked to the Swans, as per Wales Online.

The 23-year-old played three games in the Championship the Robins this past season as he struggled with injuries, including a thigh injury which kept Walsh absent for some eight months.

However, Dilks and co-host Justin Peach suggested that despite his injury history, he would make a ‘fantastic signing’ for the Swans.

Peach said: “I think Swansea were linked heavily, and I think it’s just down to the player now as to who he chooses, because he’s got plenty of offers.

“And as a central midfielder, he can be creative, he can score goals. He’s a player you want, who’s kind of progressed play into the final third quite nicely and he’s a good engine as well.

Dilks added: “He can create something out of nothing, can’t he? He is a real spark in the middle of the park. I think he’d be a fantastic pickup for any Championship club, to be quite frank, which is why I was surprised at Bristol City letting go of him, but it’ll be a fantastic signing for someone.”

Swansea have been linked with Walsh, after a report from Wales Online suggested that Swansea have ‘shown an interest’ in the former Bristol City man. Wales Online also reported that this is not the first time the South Wales side have expressed their interest in Walsh, having done so the season prior before their Championship rivals triggered a year extension in his contract.

The Liverpool-born midfielder was impressive during his season on loan at Coventry in 19/20, scoring three goals and assisting five in League One, helping the Sky Blues get promoted to the Championship in the process.

Walsh never really got a look-in at Bristol City, but the views of Dilks and Peach suggest there is potential there – and the fact that he is being linked to one of the league’s high-flyers in Swansea suggests there could be much more to come from the form he showed in the third tier.

The worry for the Swans should they opt to pursue Walsh is his injury history from this season, as injuries saw him absent for 312 days, as per Transfermarkt. As Dilks and Peach suggest, the 23-year-old is likely to be highly sought after this summer, but will it be the Swans who get their man?