Many Celtic fans have been talking about the latest tweet from the club that emerged on social media.

The video involved the Swede initially mimicking Brown and talking in a Scottish accent, but the ex-defender changes the attire soon and goes on to pay tribute to the midfielder’s legacy at Parkhead.

Is Lustig better than the current Celtic full-backs? 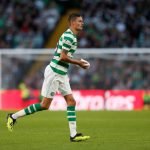 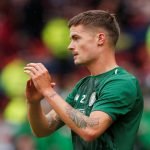 Lustig thanked Brown for helping him during his time at Parkhead and he hailed the Scotsman for being a ‘role model’ and for setting the standards at the club too.

Lustig also stated that it’s been a ‘pleasure’ for him to share the dressing room with Brown and the Swede made it clear that the midfielder has been the most influential player of his career.

This video drew the attention of many Celtic fans, who made their views clear about it.

What did Celtic fans make of the video involving Lustig?

“We love you too Mikael.”

“still a better player than all our full backs combined.”

“Stop it this is far too emotional for a tuesday evening.”

Lustig was at Parkhead for multiple years and during his stay at the club, he played as many as 276 games in all competitions and even scored a total of 21 goals while picking up 40 assists. He also played in a variety of positions for the side (As per Transfermarkt).

Considering how long Lustig was at Parkhead and the way he’s paid tribute to Brown, it is easy to see why Celtic fans love him.