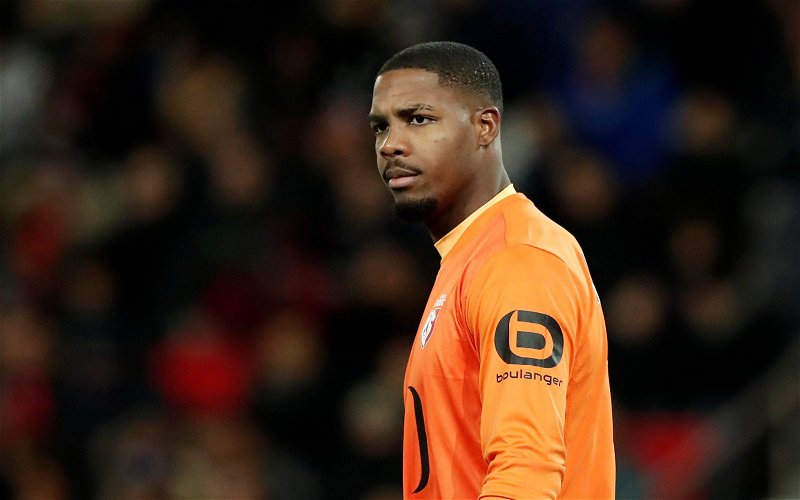 A lot of Tottenham Hotspur fans have taken to Twitter to react to a transfer claim suggesting goalkeeper Mike Maignan is their top target to replace Hugo Lloris this summer.

Italian outlet, Tutto Mercato, have named the French goalkeeper as the north London side’s first-choice target if they are to sell their 34-year-old goalkeeper this summer.

There have been some reports suggesting Lloris is a potential player Spurs could look to offload this summer with the club said to be needing to sell before they buy in the upcoming transfer window.

Lloris joined Spurs back in 2012 from Lyon in a deal believed to be worth in the region of £11m and has since gone on to make 365 appearances for the Lilywhites (via Transfermarkt).

In reaction to the tweet relaying the report, Spurs fans flocked to show their delight at the possibility of the 25-year-old joining in the summer.

“NO MORE LLORIS??? IVE BEEN DREAMING OF THIS DAY FOR YEARS”

@xSpursN17
“Huge bargain. If they need the cash….get Botman and Soumare too”
@AryehLender
“That’s good news”
@H1AC1
“Should be our priority as a replacement”
@thfcmitchell
“I beg this is true, absolute steal”
@lUKE_c0ys
“An absolute no brainer. He’s amazing”
@tom_spur
“Get it done levy”
@ThfcChristian

The Lille goalkeeper has played 32 times in Ligue 1 this season and has only conceded 19 goals in that time – keeping 18 clean sheets (via Transfermarkt).

It is apparent from the reaction of these Spurs fans that they would be pleased to see the Lille shot-stopper replace their veteran goalkeeper if he does end up leaving in the summer.