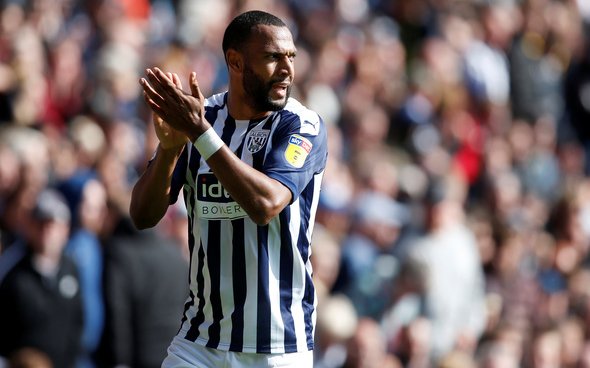 West Bromwich Albion podcaster and journalist Adrian Goldberg has been sharing his praise for Baggies winger Matt Phillips and his recent run of form for the Midlands club.

This comes after Goldberg recently co-hosted the latest episode of West Brom-themed podcast The Liquidator where he spoke about a number of topics concerning Sam Allardyce’s side, including their recent 3-0 win over Southampton in the Premier League.

On the subject of Phillips, who scored West Brom’s second goal against Southampton on Monday night, and his recent run of form for the Baggies, Goldberg had this to say about the player. (25.25)

He said: “Phillips has been transformed, I’d given up on Phillips, we all know that he’s a confidence player.

“How long has it been since Matt Phillips was really good for us? There may be one or two flashes at different points last season, but really, I’ve been disappointed with Matt Phillips for two or three years now.

“Under Allardyce, he looks utterly revived, utterly refreshed and he’s making telling contributions, as he did by popping up at the back post for that second goal.”

West Brom signed Phillips back in the 2016 summer transfer window from Championship side Queens Park Rangers for a fee of £5.85 million.

Since then, the 30-year-old, who is currently valued at £3.6 million, has made a total of 165 appearances for the Baggies in which he has managed to score 23 goals and provide 24 assists along the way (per Transfermarkt).

Given how Phillips has managed to score both of his two Premier League goals so far this season under Allardyce since he took over from Slaven Bilic in December, this suggests that he has been more effective in the team under the former England manager than he was under Bilic.

Have you been impressed by Matt Phillips recently?

Moving forward, if Phillips can continue scoring goals for West Brom from now until the end of the season, there’s every possibility that he could play a part in keeping the club in the Premier League for next season if they can pick up as many wins as possible.