Celtic fans have been reacting to the latest news surrounding the transfer of Patryk Klimala.

The Polish forward was bought by Celtic in the winter window of 2020 in a reported £3.5m deal, but didn’t exactly shine during his time in Scotland, scoring just three goals in 28 appearances for the club.

Not that he is Celtic’s problem anymore, as The Herald confirmed that his move to MLS side New York Red Bulls is a ‘done deal’ with the club, and despite his poor showing in front of goal, somehow managing to recoup their initial investment on him with the deal reportedly around the €4m (£3.5m) range before add-ons are included.

But despite his poor return, there seemed to be a portion of the Celtic fanbase that were sad to see him go, with some claiming that he was never given a fair chance to make his mark on the team:

“Gutted, I’ve seen him play for the Poland u21s was class, gave 100% whenever he put on the hoops shame he wasn’t given more opportunities all the best to him”

@Usman_S786
“Never given a proper chance or run in the team…”
@SiobheanG
“Another ruined by horrible coaching”
@Seanmac1407
“Gutted to see him go tbh”
@mjoneill67
“Heartbroken”
@estupidatori
“Unbelievable bit of business for a striker that can’t score. Hardworking lad, I’m sure he’ll cut it at a team that has no expectations.”
@KierHar
“Madness”
@AndyHug52940242
“Never given a chance under Lennon or Kennedy. Showed he would give his all when he was allowed to play.”
@phford40

Is Klimala's move away a sign of Celtic's poor recruitment? 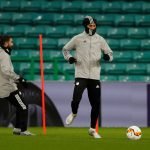 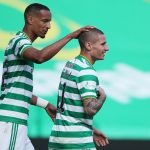 Only time will tell whether or not they made the right decision on this one, but at least by getting their money back, it wasn’t a totally wasted endeavour.