Wolves journalist Nathan Judah has spoken about the statement put out by the owners of the club following the recent European Super League saga.

The proposed ESL plans that came out on Sunday night before being shut down over the following days, leaving the idea pretty much dead and buried, something which the club were very much against the idea of as they revealed in a statement from the owners Fosun International on Tuesday.

In the statement, Fosun condemned the plans whilst also discussing their involvement in the club over the past few years whilst also talking about their future at Molineux. And speaking on the E & S Wolves Podcast (6:44 & 7:22), Judah praised the owners for speaking out and felt that the comments gave off the impression that the owners very much see themselves here for the long-term:

“I think that it was from the heart. And what I got from it from Fosun is that, take the ESL out of things, there’s a lot of pressure on these Chinese businesses, these conglomerates to pull money out of Europe, because of the situation financial situation in China.

“And if anything good was to come out of this situation, it was that is that Fosun spoke, and they spoke with absolute power, and absolute sustenance, and really drives home the fact that they’re going to be here for a long time.” 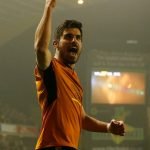 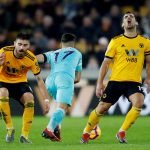 Judah’s comments should give Wolves fans plenty of optimism looking for the future, because if Fosun do stay at the club then the one thing you can guarantee that they are going to do is spend money.

If you take a look at what they have spent over the years and how that has coincided with some great seasons at the club, they are not afraid to spend money to make the club better, which is more than you can say for other clubs within the division. So whilst Fosun are the owners, Wolves fans should be feeling incredibly happy with the direction their club is going.