Many Celtic fans have been discussing a news update about Jack Hendry that recently emerged on social media.

Does Jack Hendry deserve another chance at Celtic? 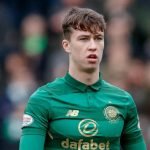 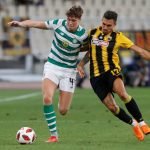 He told the club’s website: “We have a loan with a purchase option. If we take that option and we can convince him, he will stay with us longer. Then we have to see what we can do for each other.

“In any case, Jack feels good about himself here. Given his excellent performances, I hope that we can convince him that KVO is the step for him to the national team and to a further beautiful football future.”

This update involving Hendry was relayed on Facebook by Glasgow Celtic Champions. Many Hoops fans made their views clear about the defender.

What did these Celtic fans make of this news about Hendry?

Hendry had joined Celtic from Scottish club Dundee in the January of 2018. He was loaned out to Australian club Melbourne City in the January of 2020 but he returned to Parkhead some months later (as per Transfermarkt). He is currently valued at £900k.

During his time at Parkhead, Hendry made only 27 appearances in all competitions for the Bhoys but in the 2019/20 season, he played only once (as per Transfermarkt).

A lot of these Celtic fans believe that Hendry could have done a job for the club’s first-team this season and he could have given the other defenders a run for their money.

The 25-year-old has picked up a rating of 6.92 for Oostende this season, scoring two goals as well. He has been his club’s fourth-highest rated player in the campaign.

With Christopher Jullien out injured, Shane Duffy only there on a loan deal and Hatem Abd Elhamed leaving, Hendry could have at least added some depth to the Celtic backline.