Celtic fans are distraught to see one that one of their reported transfer targets is on the verge of joining a different club.

According to a report from Sky Sports’ Anthony Joseph, 21-year-old American defender Mark McKenzie is in the process of signing for Belgian side KRC Genk in a deal that could rise to as much as £5m. Neil Lennon’s men have long been admirers of McKenzie’s talent, having reportedly been interested in bringing him in during the last summer window.

But it looks as if they are going to have to look elsewhere if they are going to bolster their defence, and Celtic fans are not happy about missing out on someone they’ve been interested in for so long, seeing it as an indictment of just where the club have gone in recent years.

“Lawwell should hang his head in shame if he even attempts to take any sort of bonus this year.”

“He’ll probably end up being the new Virgil Van Dijk, while we get a loan of Duffy for a season.”

@jockmccruyff
“Celtic sleeping at the wheel again. Rather pay £4M for a loan player.”
@munkibhoy
“Another long term target that we’ll fail to see in the hoops, what a joke”
@RJAK67
“Another 1 we arent signing cause of lawwells penny pinching”
@chrissy872
“John McGinn all over again”
@Stevyspear

Will Celtic regret missing out on McKenzie? 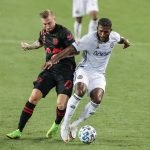 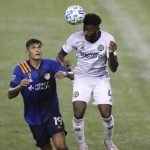 Add that to the fact they look set to miss out on the league title for the first time since 2011, and it’s certainly not been the best year for the Bhoys.