Celtic: Lots of fans think their club is the obvious choice for Zlatan Ibrahimovic 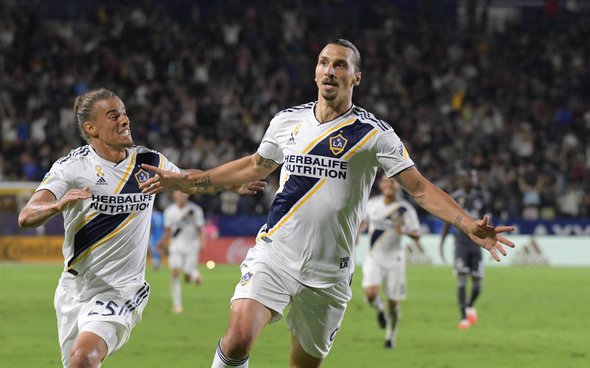 Some Celtic fans are desperate to see Zlatan Ibrahimovic play for the club and believe he has always wanted to play for the Hoops.

The big Swede, who confirmed that he will leave LA Galaxy at the end of the season, has his contract in the MLS expiring on the 31st of December 2019.

The former Manchester United, Juventus and Barcelona man joined the club from Old Trafford in March 2018 and leaves after playing two full seasons at the club.

Some Celtic fans have been left excited by Zlatan’s exit from the MLS and they want the striker at Celtic Park soon.

Imagine Celtic signed Zlatan even until the end of the season….I don’t care what age he is, quality is quality and Celtic badly need a second striker….he has previously said he would love to play for Celtic….

Zlatan to Celtic? Cmon over for a hunskelpingly good festive period and 9 in a row big chap

Well Zlatan, you could try and get a winners madel with the 1st British club to win the BIG CUP : if you think you have the Talent, come going the BHOYS at Celtic

Celtic is the obvious choice Zlatan, come to glasgow…

Since joining the club in March 2018, Zlatan has impressed for LA Galaxy. This season in the MLS, he scored as many as 31 times in the league for the club and racked up a tally of eight assists on the way too.

Last season, the striker played 27 times in the league. He found the back of the net 22 times and also bagged six assists for the side.

At Old Trafford, Zlatan had played a key role in helping Jose Mourinho’s United win the Europa League, League Cup and FA Community Shield in the 2016-17 season. That campaign, he scored 17 times in the Premier League for the Red Devils too.

Come to Celtic! Show everyone who is the best? Zlatan or Henrik ??

As many others have said, get yourself along to Celtic Park. We have been blessed with King Henk now tome for King Zlatan………you know you want too

Larsson, a Swede himself, had joined Celtic in 1997 and had stayed at the club for seven years before joining Barcelona in 2004.

While it is unlikely that Zlatan does join Celtic, it will be a fairytale that only football can write. The former United man would look to do what Larsson did, albeit for a short time, considering his age. But it will be massive for the club, when it comes to the global attention it will get if a player like Ibrahimovic ever joins them.