Back in November, 90min reported that the Whites had actually sent scouts all the way to Germany to watch the defender during a Borussia Dortmund game against Borussia Monchengladbach.

It’s certainly no secret that Leeds seem very keen on bringing a new left-back to the Premier League this winter, with Spanish media also linking Valencia’s Jesus Vazquez with a move too of late.

For now, it remains unclear as to who exactly will be prioritised in January but while talking on the  One Leeds Fan Channel, McGilligan seemed to think there was something to the Guerreiro rumours.

He said (07:36): “Raphael Guerreiro consistently keeps coming up for the left-back option, obviously at Dortmund at the minute.

“It looks like he’s gonna be leaving Dortmund at some point very, very soon. So yeah, better keep an eye on that one.”

Before that talk of scouts going to watch him play in Germany, TEAMtalk had also reported that Leeds were preparing a contract offer for the left-back with his contract set to expire in 2023.

With all that in mind, it’s not hard to see why this story seems to be building some momentum, and with his deal at Dortmund coming to an end in the summer, Guerreiro could be available to snap up fairly cheap this winter.

Still only 28 years of age, the defender has a wealth of experience having lifted the DFB-Pokal twice in Germany, while also being part of the Portugal team which won the Euros in 2016.

He certainly could bring some quality to Jesse Marsch’s team if they can land him.

Would you want Raphael Guerreiro at Leeds? 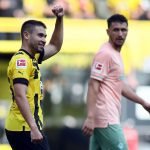 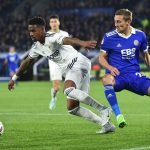