BBC Sport journalist Adam Pope has claimed that Leeds United will still need to sign another striker this winter even if Patrick Bamford is fit.

Up to this stage in the Premier League season, the English forward has sadly had very little positive impact on his team. Indeed, he is yet to score having played just 427 minutes of football.

Fitness struggles have halted Bamford from building any momentum at Leeds. But now with the World Cup taking place break, the striker has plenty of time to fully recover from any injuries and go again after Christmas. 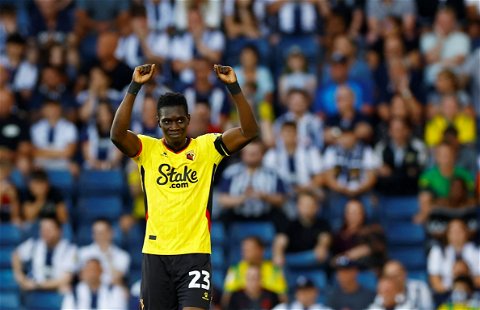 However, while speaking on a BBC Sport radio show, Pope has urged the Whites to go out and spend this winter as he doesn’t expect Bamford to score enough goals even if fit.

He said (2:51): “Even if he [Bamford] comes back fully fit and flying, I think they still need the striker anyway.

“I’m with you,  I think it’s not completely over for him, I certainly don’t think it’s a busted flush but I don’t think we can reasonably expect him to step up and even score maybe 10 goals after January to be quite honest. Even if he’s fully fit.

In his first Premier League campaign at Leeds, Bamford looked to be a pretty confident goalscorer – netting 17 times in 38 games. Since then, however, he had managed just two goals.

As a result, it’s not hard to see why Pope has expressed his doubt about the player’s ability to step up when needed in the second half of the season. Of course, Rodrigo has been chipping in frequently this term – with nine goals in 14 league games – but more may be needed if the Whites are to avoid relegation.

A striker did seem to be on the agenda in the winter – with a deadline day move for Marseille forward Bamba Dieng falling through at the last moment – so it will be interesting to see if Leeds chase him, or anyone else in that role, this January.

Do Leeds need to sign an alternative to Patrick Bamford? 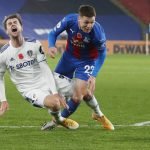