Aston Villa’s Tyrone Mings has been in impressive form over the past few weeks – but faces a fight to enter Gareth Southgate’s plans for the World Cup.

That is the view of Birmingham Mail journalist Ashley Preece, who was speaking on the Claret & Blue Podcast ahead of Villa’s Friday evening Premier League clash.

It has been a tough start to the season for Steven Gerrard’s side, with the Villans currently sitting 17th in the Premier League table having won one game so far this campaign and gained four points out of a possible 18. 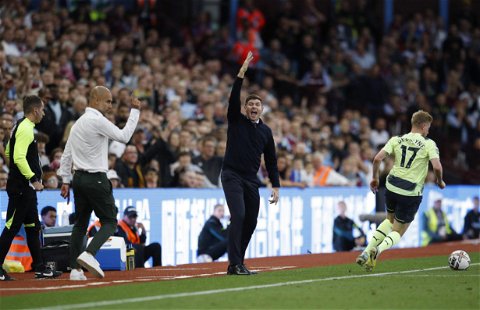 With the World Cup on the horizon in November, Mings will be hoping to perform to a high enough standard to earn himself a spot in Gareth Southgate’s England squad before the manager announces his preliminary squad at the end of October.

The Villa defender has been left out of the latest Three Lions squad, ahead of the upcoming international break, so time is running out.

However, Preece has “liked” the form of Mings across the season, but thinks those in the running at Villa have it all to do to force their way into the team.

Speaking before the Nations League squad was announced, he said: “In terms of England, I’ve quite liked Tyrone Mings’ form so far. I think he’s done well for Villa, I really do.

“He’s been one of Villa’s most consistent performers so far, but like you say, that’s not saying much for a side who have one game from six, is it, really?

“A big carrot for them, they’ve got to kick on now, it’s now or never for the likes of Mings to get in a World Cup squad, I believe.”

We agree with Preece and believe that Mings will be absolutely desperate to do all he can in order to make the World Cup squad this year.

Mings has been an impressive presence in the Villa side considering the situation where he was stripped of the captaincy by Gerrard in the summer.

But a solid average SofaScore rating of 6.85 for his performances in the Premier League this season – the highest of Villa’s main centre-backs – suggests that the 17-cap England international has stepped up since being recalled to the Villa starting XI. However, with his latest omission from the England side, it does seem he has a hell of mountain to climb before Southgate picks his final squad.

Therefore, we agree with Preece and believe that Mings will be motivated to continue to play at an excellent standard with the prospect of a place at the World Cup on offer – but we are not too hopeful he will win the England boss over.