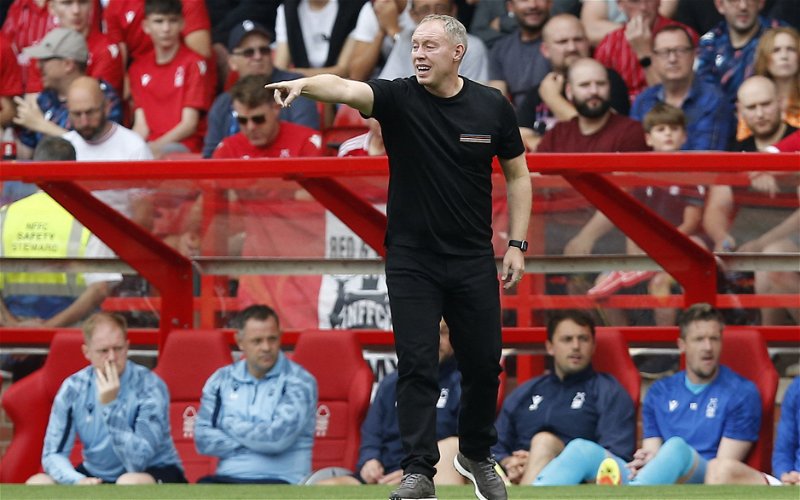 Nottingham Forest’s defence may struggle to keep the ball out of the back of the net against top Premier League sides.

That is the view of journalist George Elek, who was speaking on The Athletic Football Podcast ahead of Forest’s Premier League clash on Friday evening.

Despite making 21 additions to the squad ahead of their return to the Premier League, Steve Cooper still started with the same trio of centre-backs that he used in the Championship in Steve Cook, Joe Worrall and Scott McKenna in the club’s last Premier League game against Bournemouth.

Cooper will be looking for a way to sort out his side’s poor defensive record this season so far, with the club having conceded 14 goals in the Premier League after six games – ranking them as the third-leakiest defence in the league at the moment.

And Elek finds it strange that the club haven’t sought to spend big money on strengthening their defence despite bringing in 21 additions.

He said: “If there’s one area where you probably need to improve, you need to make sure that you kind of restructure a bit, it’s probably in defence, and for them to sign 21 new players and not even look to try to even make one signing, just one quality signing in there – I think we’re starting to see that Forest’s defence is going to struggle to keep quality Premier League teams out and at the moment.”

We agree with Elek and find it odd that Forest have neglected to strengthen their defensive options extensively this summer.

The club have added Mainz’s Moussa Niakhaté and Wolves’ Willy Boly permanently, whilst Rennes’ Loïc Badé has joined on loan for the season, but none of those players has managed to displace Cooper’s Championship defence thus far, though it must be stated that the latter two did only sign for the club on deadline day.

Only Boly arrives with prior Premier League experience, though he has struggled with injuries in recent times, while the other two are as yet unknown quantities in the English top flight.

Therefore, while Elek may come to eat his words in the months to come, we agree with his claim and believe that if Cooper is unable to integrate his new centre-back signings into the side sooner rather than later, the club could be facing a challenging first season back at the top.